If you are buying a detached house in Worcester, selling a terraced house in Malvern, downsizing to a bungalow in Warndon, or buying to let in St Peters, we can help you with your conveyancing.

Why should you use Bird and Co Solicitors for your conveyancing in Worcester?

You will have a direct line straight through to your legal team, and direct email addresses. You can guarantee that your query will reach the right people, whether you want to ask about search fees in Worcester, drainage and water fees in Worcestershire or something else.

We're a Conveyancing Quality Scheme accredited firm providing conveyancing to clients in Worcester. This is a guarantee that our processes and procedures have been approved, that we operate to a certain standard, and is a mark of the excellence of our service approved by the Law Society, the body which represents solicitors throughout England and Wales.

We are on the panel for most major lenders, and many smaller ones too. Whether you want to use your local Building Society in Worcestershire or one of the larger corporates, chances are we have you covered.

Why don't you need a conveyancer based in Worcester?

In the old days you used your local solicitor. You would visit their office in the centre of Worcester, and all documents would be hand-produced and posted or delivered by hand.

That service came at a price, but the truth is that it is no longer needed. With modern technology such as scanning, emailing and even Skype or Facetime video calls there is no need to use your local solicitor. Your conveyancer can be based anywhere and still provide a great service - even if he or she is in an office many miles away from Worcester or perhaps not even in Worcestershire.

There will be no need for you to visit our offices or hand deliver documents. You need never leave Worcester - our conveyancers will talk you through the process via phone and email, and everything works just as smoothly as it would if we were just down the road.

Home values in Worcester
Powered by Zoopla.co.uk
Worcester house prices
Get this widget 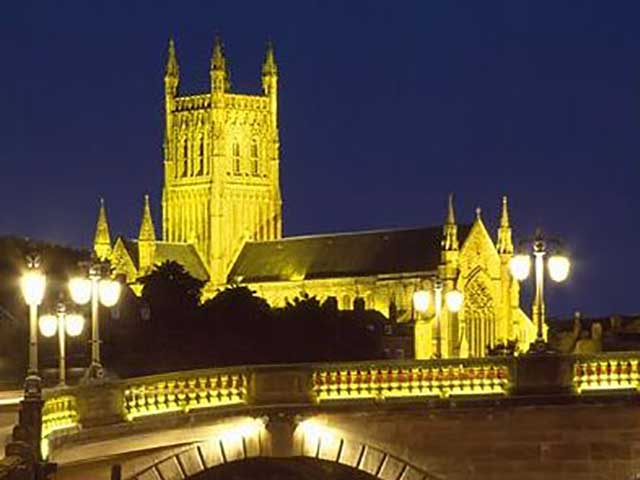 There isn't really any such thing as online conveyancing. Clients come to us for conveyancing in Worcester, Malvern, St Peters and all sorts of other places, having first found us via our website.

Every local authority is different. We use an excellent, trusted national search provider, which means we can provide searches to clients in Worcesterand all over the country, knowing that we will get a product we're happy with and which we know is properly insured and protects your interests.

Whether you're moving to Worcester or away from Worcester to somewhere else, our conveyancing team can help you do so with the minimum of fuss and inconvenience.

Fees for conveyancing in Worcester

All our conveyancing fees are dependent on the nature and value of the transaction, so we naturally charge a bit more for more complicated and high value work. However, the fee charged will be the same for a customer in Newcastle as it would be for someone in London, or indeed in Worcester.

Worcester  is a city and the county town of Worcestershire in the West Midlands of England. Worcester is situated some 17 miles (27 km) southwest of the southern suburbs of Birmingham and 23 miles (37 km) north of Gloucester, and has an approximate population of 100,000 people.

Conveniently located next to the M5 motorway which runs north-south immediately to the east of the City, it can be accessed via Junction 6 (Worcester North) and Junction 7 (Worcester South). This makes the city easily accessible by car to most parts of the country, including London which is only 120 miles (190 km) away (via the M5, M42 and M40).

The Foregate Street station is located in the city centre, on Foregate Street. Its trains run to and from Birmingham and also serves the Cotswold line, which Worcester Shrub Hill also serves.
Bus services are run from the terminus at Crowngate Bus Station in the city centre and interchange for many bus services.
Worcester's nearest major airport is Birmingham International which is accessible by road and rail.

Worcester is home to the University of Worcester and from 2005 to 2010 it was the fastest growing university in the UK, more than doubling its student population. The city is also home to two colleges, Worcester Sixth Form College and heart of Worcestshire College.

Worcester was the site of the Battle of Worcester (3 September 1651), when Charles II attempted to forcefully regain the crown, in the fields a little to the west and south of the city, near the village of Powick. However, Charles II was defeated and returned to his headquarters in what is now known as King Charles house in the Cornmarket, before fleeing in disguise to Shropshire from where he eventually escaped to France. Worcester was one of the cities loyal to the King in that war, for which it was given the epithet "Fidelis Civitas" ("The Faithful City"). This motto has been incorporated into the city's coat of arms.