If you are buying a detached house in Market Harborough, selling a terraced house in Great Bowden, downsizing to a bungalow in East Farndon, or buying to let in Little Bowden, we can help you with your conveyancing.

Why should you use Bird and Co Solicitors for your conveyancing in Market Harborough?

You will have a direct line straight through to your legal team, and direct email addresses. You can guarantee that your query will reach the right people, whether you want to ask about search fees in Market Harborough, drainage and water fees in Leicestershire or something else.

We're a Conveyancing Quality Scheme accredited firm providing conveyancing to clients in Market Harborough. This is a guarantee that our processes and procedures have been approved, that we operate to a certain standard, and is a mark of the excellence of our service approved by the Law Society, the body which represents solicitors throughout England and Wales.

Why don't you need a conveyancer based in Market Harborough?

In the old days you used your local solicitor. You would visit their office in the centre of Market Harborough, and all documents would be hand-produced and posted or delivered by hand.

That service came at a price, but the truth is that it is no longer needed. With modern technology such as scanning, emailing and even Skype or Facetime video calls there is no need to use your local solicitor. Your conveyancer can be based anywhere and still provide a great service - even if he or she is in an office many miles away from Market Harborough or perhaps not even in Leicestershire .

There will be no need for you to visit our offices or hand deliver documents. You need never leave Market Harborough - our conveyancers will talk you through the process via phone and email, and everything works just as smoothly as it would if we were just down the road. 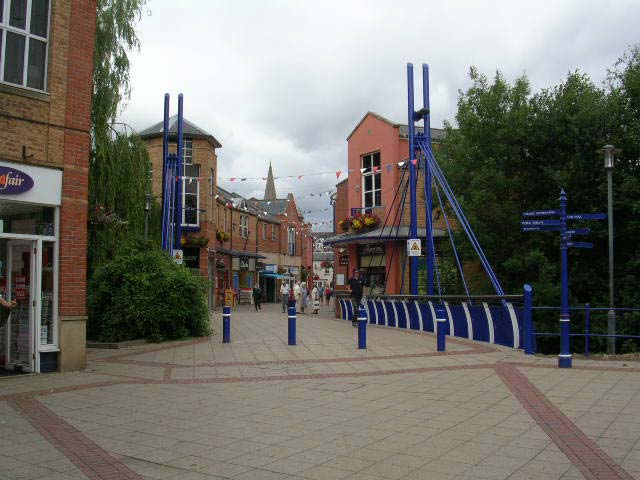 There isn't really any such thing as online conveyancing. Clients come to us for conveyancing in Market Harborough, Great Bowden, Little Bowden and all sorts of other places, having first found us via our website.

Every local authority is different. We use an excellent, trusted national search provider, which means we can provide searches to clients in Market Harboroughand all over the country, knowing that we will get a product we're happy with and which we know is properly insured and protects your interests.

First, fill in our conveyancing quote form for conveyancing in Market Harborough. You can find the links at the top of this page.

Fees for conveyancing in Market Harborough

All our conveyancing fees are dependent on the nature and value of the transaction, so we naturally charge a bit more for more complicated and high value work. However, the fee charged will be the same for a customer in Newcastle as it would be for someone in London, or indeed in Market Harborough.

Market Harborough is a market town in the Harborough District of Leicestershire in the East Midlands region of England. It is situated 88 miles north of London on the Northamptonshire and Leicestershire border, 9 miles west of Corby and 15 miles south of Leicester. The town is located in a flat area, upon the River Welland, which was a former royal hunting forest called Rockingham Forest, where the original boundaries stretched as far as Kettering and Corby. Other villages within the district include Great Bowden and Little Bowden and together have a population of 22,911 as of 2011.

Historically, Market Harborough was founded by the Anglo Saxons between 410 and 1066, with the town first appearing in the Doomsday records in 1086. It has held a market since 1204, having held a Tuesday market ever since 1221 until the present day, and it is believed that this is where the town gets its name - from the historic markets set up for the town’s trades people.

Market Harborough’s rich historic past can be seen in its many notable historic buildings which include the Grade I listed St Dionysius Parish Church with its 154 ft tower, built between the fourteenth and fifteenth century. Then there is the Grade I listed Old Grammar School, which is considered Market Harborough’s most iconic building and symbol of the town, built in 1614 from timber and set upon wooden legs with a covered market place beneath. The town also has many grand Georgian buildings that line the High Street which, in the eighteenth century, replaced the town’s original timber, mud and thatch buildings.

Another notable and impressive local building is Symington House on Adam and Eve Street which was once a former Victorian corset factory. Today, after reopening on 27 January in 2014, it houses a range of key local services including Harborough Museum. Here, visitors can view the Hallaton Treasure which includes the largest collection of British Iron Age coins, a silver gilt Roman helmet and jewellery plus an array of Victorian artefacts, pieces of period clothing and other objects of local interest. Other key local services now located within Symington House are Harborough District Council Customer Services, Market Harborough Library, Leicestershire County Council, Leicestershire Adult Learning Services, Citizens Advice, the Registry Office, a Jobcentre Plus, a Prospects career service, the Probation Service and the Harborough District Children and Young People’s Charity.

A popular local visitor attraction which provides a unique outdoor leisure excursion, located just three miles from Market Harborough, is the Grade II listed attraction of Foxton Locks. The canal lock consists of a sequence of ten canal locks which are used to navigate the Grand Union Canal. The canal complex is surrounded by a well-kept country park with the added benefit of two public houses, the Foxton Locks Inn and the Bridge 61, the Keepers Cottage Café and The Canal Museum which can be found at The Boiler House.

Hammond Arboretum on Burnmill Road, Burford Green, is another little-known local gem. The 2.4-acre site has an interesting collection of trees and shrubs planted between 1887 and 1923 by Francis Hammond during his time as headmaster of the historic Grammar School.

There are several big employers within the local economy of Market Harborough which include the data management company CDS Global, who have UK offices based at Tower House on Sovereign Park and who are owned by Hearst Corporation, the publishers of Cosmopolitan and Esquire magazines. Also, large snack manufacturer Golden Wonder were a big local employer having had their Head Offices at Edinburgh House in Market Harborough. Local companies Haddon Oldham and Abtec Network Systems Ltd, one of the UK’s leading IT firms based at Compass Point Business Park, also have operations in the town.

There are some excellent shopping and retail opportunities to be found in Market Harborough following the 1993 redevelopment of the former cattle market, indoor market and bus station. St Mary’s Place Shopping Centre on St Mary’s Road is a principal retail area providing a mix of big high street brands and independent stores plus a new indoor market. Market Hall Market Harborough on Northampton Road offers shoppers everything from groceries to antiques to mobile phones.

The area is also served by some excellent schools and hospitals. Nearest hospitals include Market Harborough and District Hospital on Coventry Road and the new state-of-the-art St Luke’s Hospital on Leicester Road which, after a £7.5 million investment, opened in 2017.

Notable schools in Market Harborough include Robert Smyth Academy on Burmill Road, founded in 1607 as Market Harborough’s Grammar School, and Welland Park Academy, a middle school for students aged 11 to 16. Higher and further education establishments include Wellend Park Community College on Welland Park Road and Brooke House College on Leicester Road, a co-educational international boarding college. There are also several excellent universities within close proximity to Market Harborough’s with the nearest of these being Leicester University, De Montfort University and the University College Northampton.

In terms of transport, the A6 runs north west to south east through the town taking travellers to Leicester on the north side and Kettering on the south side. The town also has a train station with East Midlands Trains services to Leicester, Nottingham, Sheffield, Derby and Leeds and St Pancras International, providing easy access to Peterborough and a quick journey to London in less than one hour.

Notable people who hail from the area include Britain’s famous travel entrepreneur Thomas Cook who once lived in Market Harborough. It was in 1832, while walking from Market Harborough to Leicester to attend a meeting of the Temperance Society, that he formed his idea of a travel excursions business. It is reported that one of his early excursions was a train excursion to go just eleven miles to Loughborough. Thomas Cook was an entrepreneur who established tourism systems and was a catalyst to making mass tourism a reality. A bronze statue of Thomas Cook is located just outside the town’s train station.