If you are buying a detached house in Retford, selling a terraced house in Ordsall, downsizing to a bungalow in Babworth, or buying to let in Ranby, we can help you with your conveyancing.

Why should you use Bird and Co Solicitors for your conveyancing in Retford?

You will have a direct line straight through to your legal team, and direct email addresses. You can guarantee that your query will reach the right people, whether you want to ask about search fees in Retford, drainage and water fees in Nottinghamshire or something else.

We're a Conveyancing Quality Scheme accredited firm providing conveyancing to clients in Retford. This is a guarantee that our processes and procedures have been approved, that we operate to a certain standard, and is a mark of the excellence of our service approved by the Law Society, the body which represents solicitors throughout England and Wales.

We are on the panel for most major lenders, and many smaller ones too. Whether you want to use your local Building Society in Nottinghamshire or one of the larger corporates, chances are we have you covered.

Why don't you need a conveyancer based in Retford?

In the old days you used your local solicitor. You would visit their office in the centre of Retford, and all documents would be hand-produced and posted or delivered by hand.

That service came at a price, but the truth is that it is no longer needed. With modern technology such as scanning, emailing and even Skype or Facetime video calls there is no need to use your local solicitor. Your conveyancer can be based anywhere and still provide a great service - even if he or she is in an office many miles away from Retford or perhaps not even in Nottinghamshire.

There will be no need for you to visit our offices or hand deliver documents. You need never leave Retford - our conveyancers will talk you through the process via phone and email, and everything works just as smoothly as it would if we were just down the road.

Home values in Retford
Powered by Zoopla.co.uk
Retford house prices
Get this widget 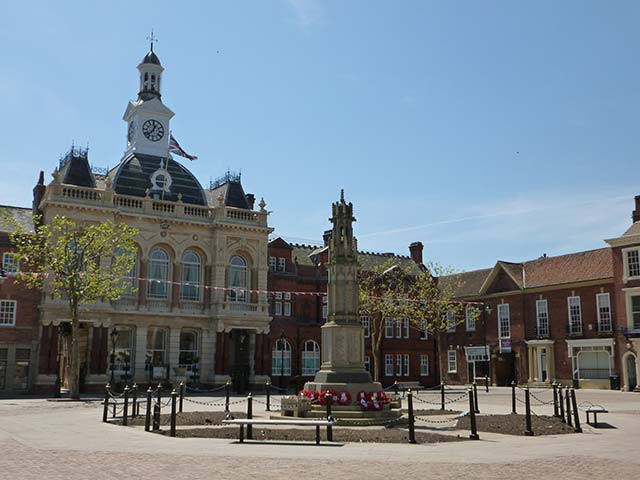 There isn't really any such thing as online conveyancing. Clients come to us for conveyancing in Retford, Ordsall, Ranby and all sorts of other places, having first found us via our website.

Every local authority is different. We use an excellent, trusted national search provider, which means we can provide searches to clients in Retfordand all over the country, knowing that we will get a product we're happy with and which we know is properly insured and protects your interests.

Whether you're moving to Retford or away from Retford to somewhere else, our conveyancing team can help you do so with the minimum of fuss and inconvenience.

Fees for conveyancing in Retford

All our conveyancing fees are dependent on the nature and value of the transaction, so we naturally charge a bit more for more complicated and high value work. However, the fee charged will be the same for a customer in Newcastle as it would be for someone in London, or indeed in Retford.

Retford is an attractive market town in the very north of Nottinghamshire. It is surrounded by quaint villages, including Babworth and Scrooby, which are famous for their links to the Pilgrim Fathers who started their seperatist movement here before setting out on their epic journey to America.

The ancient market town of Retford was granted its first charter (the right to hold a fair) by Henry III in 1246. This was extended by Edward I in 1275 to holding a Saturday market: a tradition that continues today. The town features fine Georgian buildings, a spacious square, and two theatres – the Little Theatre on Wharf Road and the Majestic on Coronation Street.

Retford is one of the oldest Boroughs in England, the first documentary evidence of Retford is found in the Domesday Survey of 1086. The borough of East Retford was established by King Henry I in 1105 and was granted Royal Charter by Henry I I I in 1246. The town continues to celebrate Charter Day each May Day Bank Holiday. During the 18th and 19th centuries East and West Retford prospered with the coming of the Great North Road (1766), the Chesterfield Canal (1777) and the railways (1849). A stroll around the town reveals fine Georgian and Victorian frontages and a large number of former coaching inns that bear witness to this prosperity.

The town played a remarkable part in the story of the Pilgrim Fathers, who fled to America in 1620 after being persecuted for their religious beliefs. Explore their story on the Mayflower Trail, a circular tour starting at nearby Babworth.

Retford's tradition of being a market town continues today, with the town offering a variety of markets as well as an impressive range of high street and independent shops. The very popular open-air market is held in the market square each Thursday and Saturday against a backdrop of fine Georgian buidings. On the 3rd Saturday of every months, Retford plays host to a popular farmers' market where a variety of local produce is on sale. On Fridays, browsers can seek out bargains at the antiques and bric-a-brac market.

The Ducal Estates are very close by too, particularly Clumber Park and Welbeck Abbey, still a privately owned residence but with attractions such as the Harley Gallery open to the public.

You'll find a range of hotels, bed and breakfasts and self catering holiday cottages in and around Retford. And with lots of things to do, Retford is a great place for a weekend or short break.

Retford has a strong economy mainly consisting of services with some light industry. Retford's town centre has an empty shop rate of only 5%, which is impressive considering the national average of 14.6%. There has also been substantial population growth and many new houses, with buyers attracted by the Retford's convenient location for commuters. Bassetlaw Council recently invested £1.5 million in Retford market square and £2.5 million in Retford Enterprise Centre. Bassetlaw has a very low unemployment rate of 3.3%. The council continues to work with Retford Business Forum on finding ways to help the local economy.

Retford is bypassed by the A1 trunk road and the A57 which links Retford to a number of major towns and cities, with London just over two hours away. The East Retford bypass was built in three stages mostly along what was previously the A57. In 1957, the West Drayton diversion opened up to the B6387 near Elkesley. Also near Elkesley and Gamston is the Retford Gamston Airport. The section from Elkesley bypass to Five Lane Ends (A614 junction) at Apleyhead Wood.

Retford is served by two railway lines, the East Coast Main Line which runs between London and Scotland, with trains taking from 1hr 20 minutes to London Kings Cross, and the Sheffield to Lincoln Line which has links to Sheffield, Lincoln, Gainsborough, Worksop, Grimsby and Cleethorpes. These two lines meet at Retford railway station which acts as an important interchange in the British rail network.

Robin Hood Airport, (formerly RAF Finningley) is nearby on the A638 towards Doncaster. A regular bus service is available from Retford bus station to the airport, which offers regular flights to many European countries.

There are 6 excellent junior schools in Retford and 3 senior schools, the Retford Oaks Academy, St. Giles and The Elizabethan Academy. As part of a major overhaul of secondary schools in the Bassetlaw area, all schools have now been moved to new facilities built around the town as part of the Transform Schools scheme. Retford is home to a Post-16 centre which has united all Sixth Form students from each of the above schools in one site and provide other courses available through North Nottinghamshire College (based at Worksop).

Will house prices fall after the Stamp Duty holiday ends?