If you are buying a detached house in Chelmsford, selling a terraced house in Writtle, downsizing to a bungalow in Chelmer Village, or buying to let in Great Baddow, we can help you with your conveyancing.

Why you should use Bird and Co Solicitors for your conveyancing in Chelmsford?

We offer a friendly, modern and efficient service. If you want to deal with fully qualified lawyers who are friendly and approachable, our team can help you.

You will have a direct line straight through to your legal team, and direct email addresses for the people handling your conveyancing. You can guarantee that your query will reach the right people, whether you want to ask about search fees in Chelmsford, drainage and water fees in Essex or anything else related to your property deal.

We're a Conveyancing Quality Scheme accredited firm providing conveyancing to clients in Chelmsford. This is a guarantee that our processes and procedures have been approved as meeting the highest standards by the Law Society, the body representing solicitors throughout England and Wales.

Why you don't need a conveyancer based in Chelmsford

In the past, most people tended to use their local solicitor for their conveyancing. You would visit their nearest office and all documents would be hand-produced and posted or delivered by hand.

That service came at a price, however, and the truth is that it is no longer needed. With modern technology such as scanning, emailing and even Skype or Facetime video calls there is no need to use your local solicitor. Your conveyancer can be based anywhere and still provide a great service - even if he or she is in an office many miles away from Chelmsford.

There will be no need for you to visit our offices or hand deliver documents – in fact, you need never leave your home. Our conveyancers will talk you through the whole conveyancing process via phone and email, and everything works just as smoothly as it would if we were just down the road.

Home values in Chelmsford
Powered by Zoopla.co.uk
Chelmsford house prices
Get this widget 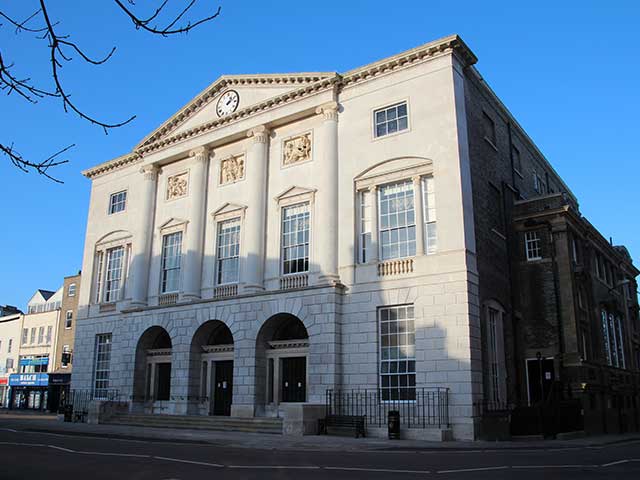 Online conveyancing refers to the fact your conveyancing can now be carried out entirely over the internet thanks to technology such as email and video chat. This means there is no longer any need to meet face-to-face for your conveyancing as you can get exactly the same quality of service by handling the entire process online.

The advantage of online conveyancing is it lets you choose the best, most competitively priced conveyancing firm in the country, while also being able to deal with your conveyancing at your convenience. There is no need to take time out of work or go out of your way – you can do everything from your own home in your own time.

Every local authority is different. We use an excellent, trusted national search provider, which means we can offer reliable property checks and searches to clients in Chelmsford and all over the country. As a result, we can provide a service we are happy with and which we know is properly insured and protects your interests.

Whether you're moving to Chelmsford or away from Chelmsford, our conveyancing team can help you do so with the minimum of fuss and inconvenience.

Fees for conveyancing in Chelmsford

All our conveyancing fees are dependent on the nature and value of the transaction, so we naturally charge a bit more for more complicated and high value work. However, the fee charged will be the same for a customer in Newcastle as it would be for someone in London, or indeed in Chelmsford.

There are some aspects of our conveyancing fees that we can't change. Fees charged by other bodies such as HM Land Registry, or by HMRC for Stamp Duty Land Tax (SDLT) are out of our control and should be the same whatever conveyancing firm in Chelmsford you use.

The city is located just 32 miles northeast or Charing Cross in London and making it a popular choice for people working in London located within the famous London commuter belt. However, Chelmsford is also a notable settlement in its own right, with many opportunities for work, education and leisure in the city.

Originally, Chelmsford showed importance primarily as an agricultural and market town, however nowadays it has developed as a commercial centre. Being the head of the Essex County and Chelmsford City Councils, it accommodates a range of national and international companies. The most notable of these include M&G Group and e2v Technologies. The city’s commercial importance is underlined by the fact that the number of commuters coming in from other parts of Essex nearly equals the amount commuting to London.

There are two relatively large shopping centres; High Chelmer and The Meadows, as well as three retail parks; Riverside, Chelmer Village and the Homelands Retail Park. In total, Chelmsford, as a city, employs around 80,000 people.

Besides its strong retail sector, Chelmsford also has a vibrant nightlife scene, hosting an array of pubs, restaurants, wine bars and nightclubs. The city is also particularly well known for its horse racing. Chelmsford Racecourse, the city's original racecourse, closed in 1935, however in 2008 a new racecourse was established at Great Leighs, and eventually changed its name to Chelmsford City Racecourse.

Anglia Ruskin University has one of its three main campuses in Chelmsford (the others being in Cambridge and Peterborough) and is considered to be one of the rising stars of the UK university sector. The Chelmsford campus’s facilities include a mock law court, mock hospital wards, operating theatres and labs.

Chelmsford has particularly strong transport links with London and the surrounding area, with good rail and road links to the capital and other nearby towns. Chelmsford railway station provides frequent access to London Liverpool Street, and an estimated 14,000 commuters supposedly use this service each day. Aside from London, there are hourly trains to Norwich, Ipswich, Colchester Town and Braintree.

On top of this, there are many A roads connecting the city to the rest of the country, including the A12 trunk road which connects Chelmsford to London, another alternative for commuters.

Via the A130/A120, motorists can also reach London Stansted Airport in around 25-30 minutes, and Gatwick, Luton and Southend are all also in reach.

Chelmsford transport facilities are due to be further improved with a new railway station set to be completed by 2020, due to be built near the Boreham Interchange. A second new Park and Ride scheme is also being constructed on the A130 at a price of £7.9m.

The City of Chelmsford

The City of Chelmsford shares boundaries with the districts of Uttlesford, Braintree, Maldon, Rochford, Basildon, Brentwood and Epping Forest. Besides Chelmsford, the district contains one town. South Woodham Ferrers, and 25 civil parishes.

Springfield is a civil parish that was originally a village north east of Chelmsford. It now forms part of the larger settlement north of the river Chelmer, with a population of 17,045 according to figures from 2008.

South Woodham Ferrers is a town in Essex, 8 miles southeast of Chelmsford and around 35 miles east of London. The town had a population of 16,453 at the time of the 2011 census.

The town has a secondary school as well as five primary schools. It has a busy town centre, home to many shops and businesses. South Woodham Ferrers has its own railway station, which provides services to London Liverpool Street via Wickford in under an hour. It also has good road links to the capital and the rest of Essex and is around 10 miles from Southend Airport.

Danbury is a village in Essex around 5 miles east of Chelmsford and around 33 miles northeast of Charing Cross, London. The village is estimated to have a population of around 6,500.

The village is located in an extensive area of woodland and heath owned by the National Trust, as well as other conservation organisations. There are four primary schools in the village and it is linked to the surrounding area and the M1 by the A414.

Galleywood is a village immediately south of Chelmsford, forming a suburb of the city. It had a population of 5,738 at the time of the 2011 census and is around 30 miles northeast of London.

The village is well known for Galleywood Common, which is a local nature reserve covering 175 acres. The common and nearby woodland provide habitat for a wide ranges of rare animals, including grass snakes, adders, lizard and slow worms, as well as squirrels, foxes, badgers and wood-peckers.

Writtle is a large village in Essex, around 1 mile west of Chelmsford. The village has an estimated population of 5,383 and is often noted for its highly picturesque character, with many ancient cottages, a Norman church, village green and duck pond.

The village is also home to Writtle University College, one of the UK’s largest and oldest land-based colleges, offering undergraduate and post-graduate degrees, as well as apprenticeships and short courses, in the areas of agriculture and horticulture.

Broomfield is a village forming a suburb of Chelmsford, immediately to the north of the city. The village’s population was estimated as 3,971 in 2008. Broomfield Hospital is located in the village and is one of the largest Accident & Emergency hospitals in the area with departments specialising in Plastics and Burns and diagnosis and treatment of complex Ear, Nose and Throat (ENT) cases.