If you are buying a detached house in Luton, selling a terraced house in Wigmore, downsizing to a bungalow in Dunstable, or buying to let in Bushmead, we can help you with your conveyancing.

Why should you use Bird and Co Solicitors for your conveyancing in Luton?

You will have a direct line straight through to your legal team, and direct email addresses. You can guarantee that your query will reach the right people, whether you want to ask about search fees in Luton, drainage and water fees in Bedfordshire or something else.

We're a Conveyancing Quality Scheme accredited firm providing conveyancing to clients in Luton. This is a guarantee that our processes and procedures have been approved, that we operate to a certain standard, and is a mark of the excellence of our service approved by the Law Society, the body which represents solicitors throughout England and Wales.

We are on the panel for most major lenders, and many smaller ones too. Whether you want to use your local Building Society in Bedfordshire or one of the larger corporates, chances are we have you covered.

Why don't you need a conveyancer based in Luton?

In the old days you used your local solicitor. You would visit their office in the centre of Luton, and all documents would be hand-produced and posted or delivered by hand.

That service came at a price, but the truth is that it is no longer needed. With modern technology such as scanning, emailing and even Skype or Facetime video calls there is no need to use your local solicitor. Your conveyancer can be based anywhere and still provide a great service - even if he or she is in an office many miles away from Luton or perhaps not even in Bedfordshire.

There will be no need for you to visit our offices or hand deliver documents. You need never leave Luton - our conveyancers will talk you through the process via phone and email, and everything works just as smoothly as it would if we were just down the road.

Home values in Luton
Powered by Zoopla.co.uk
Luton house prices
Get this widget 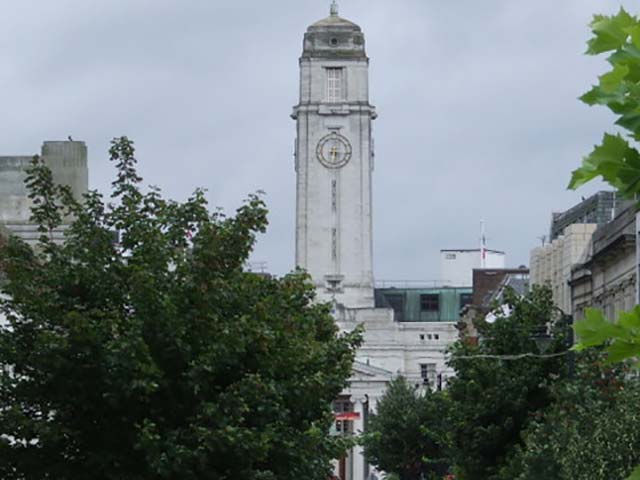 There isn't really any such thing as online conveyancing. Clients come to us for conveyancing in Luton, Wigmore, Bushmead and all sorts of other places, having first found us via our website.

Every local authority is different. We use an excellent, trusted national search provider, which means we can provide searches to clients in Lutonand all over the country, knowing that we will get a product we're happy with and which we know is properly insured and protects your interests.

Whether you're moving to Luton or away from Luton to somewhere else, our conveyancing team can help you do so with the minimum of fuss and inconvenience.

Fees for conveyancing in Luton

All our conveyancing fees are dependent on the nature and value of the transaction, so we naturally charge a bit more for more complicated and high value work. However, the fee charged will be the same for a customer in Newcastle as it would be for someone in London, or indeed in Luton.

Luton is a large town, borough and unitary authority area in Bedfordshire. It has a population of 210,962.

Previously, Luton's economy revolved around industry such as Brick Making and Straw Plaiting, however, in more recent years the town has developed through the development of its automation industry.

For instance, Vauxhall had a large production plant until 2002 which at its peak employed over 30,000 people. Vauxhall's headquarters are still located in the town. Other notable firms in the town include EasyJet, Impellam Group, Monarch Airlines and Thomson UK. AstraZeneca, Whitbread and Ernst & Young also have offices in the town.

Retail also plays an important role in the town. There is a large shopping centre; The Mall Luton, which accommodates over 120 shops. It was opened in 1972, but has since received extensive redevelopment work, including in 2011/12 when a new square was constructed to host leisure events. There are also other popular shopping streets, including High Town and George Street , which was pedestrianised in the 1990s. Bury Park, which is located just one mile from the town centre, is also a popular shopping destination and has shops suited to the town's ethnic minorities.

Whilst tourism is not overly apparent in the town, it does have many facilities and events which certainly attract visitors. For instance, Luton International Carnival is the country's largest one day festival, and second only to the Notting Hill Carnival. It often hosts crowds around 150,000, and provides a wide range of events, especially musical.

The town's Library Theatre has 238 seats and provides a wide range of theatrical events. There are also numerous museums, parks and other attractions.

Another attraction in the town is Kenilworth Road, the home of Luton Town Football Club has a capacity of over 11,000, and can therefore accommodate a large number of home and away fans. The club was promoted from the conference league in 2014 and now consequently play in the Football League Two.

Luton is located just 30 miles north from the centre of London, and therefore the town's reliable transport facilities are frequently used by a large footfall of commuters. The town is connected to the M1 motorway as well as the A6 and A505 roads. The M1 is the most frequently used road in terms of travelling to London.

There are also three railway stations in the town; Luton, Luton Airport Parkway and Leagrave. First Capital Connect provides services down to Brighton via Central London, and East Midlands Trains provide frequent services to areas such as Leicester, Nottingham, Lincoln, Sheffield and Leeds to the north, as well as notable locations such as St Pancras International to the south.

Luton Airport is also one of the country's primary airports, and is a hub for EasyJet, Monarch, Thomson and Ryanair.