If you are buying a detached house in Islington, selling a terraced house in Holloway, downsizing to a bungalow in Barnsbury, or buying to let in Finsbury, we can help you with your conveyancing.

We offer a friendly, modern and efficient service. If you want to deal with fully qualified lawyers who are friendly and approachable, our team can help you.

You will have a direct line straight through to your legal team, and direct email addresses for the people handling your conveyancing. You can guarantee that your query will reach the right people, whether you want to ask about search fees, drainage and water fees or anything else related to your property deal.

We're a Conveyancing Quality Scheme accredited firm providing conveyancing to clients in Islington. This is a guarantee that our processes and procedures have been approved as meeting the highest legal and professional standards by the Law Society, the body representing solicitors throughout England and Wales.

In short, you get an excellent conveyancing service at an affordable price. You don't have the risk of going to the cheapest providers, most of whom aren't solicitors; instead you get a great service from experienced property lawyers.

Home values in N1
Powered by Zoopla.co.uk
N1 house prices
Get this widget 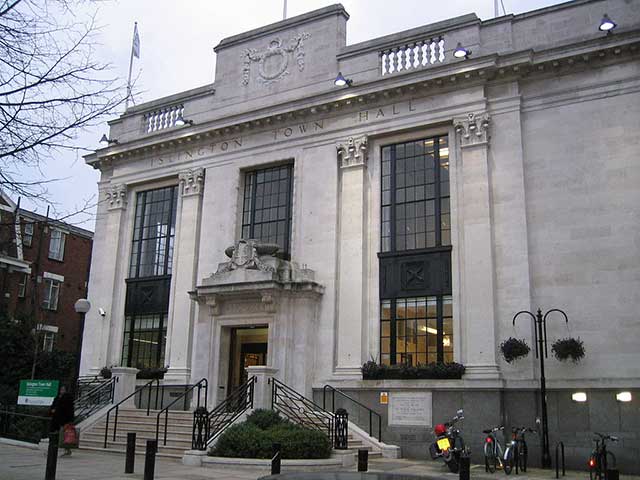 Why you don't need a conveyancer based in Islington

In the past, most people tended to use their local solicitor for their conveyancing. You would visit their nearest office and all documents would be hand-produced and posted or delivered by hand.

That service came at a price, however, and the truth is that it is no longer needed. With modern technology such as scanning, emailing and even Skype or Facetime video calls there is no need to use your local solicitor. Your conveyancer can be based anywhere and still provide a great service - even if he or she is in an office many miles away from Islington or perhaps not even in Greater London.

There will be no need for you to visit our offices or hand deliver documents – in fact, you need never leave your home. Our conveyancers will talk you through the whole conveyancing process via phone and email, and everything works just as smoothly as it would if we were just down the road.

Online conveyancing refers to the fact your conveyancing can now be carried out entirely over the internet thanks to technology such as email and video chat. This means there is no longer any need to meet face-to-face for your conveyancing as you can get exactly the same quality of service by handling the entire process online.

The advantage of online conveyancing is it lets you choose the best, most competitively priced conveyancing firm in the country, while also being able to deal with your conveyancing at your convenience. There is no need to take time out of work or go out of your way – you can do everything from your own home in your own time.

Every local authority is different. We use an excellent, trusted national search provider, which means we can offer reliable property checks and searches to clients in Islington and all over the country. As a result, we can provide a service we are happy with and which we know is properly insured and protects your interests.

Whether you're moving to Islington or away from Islington, our conveyancing team can help you do so with the minimum of fuss and inconvenience.

Fees for conveyancing in Islington

All our conveyancing fees are dependent on the nature and value of the transaction, so we naturally charge a bit more for more complicated and high value work. However, the fee charged will be the same for a customer in Newcastle as it would be for someone in London, or indeed in Islington.

There are some aspects of our conveyancing fees we can't change. Fees charged by other bodies such as HM Land Registry, or by HMRC for Stamp Duty Land Tax (SDLT) are out of our control and should be the same whichever conveyancing company you use.

Islington is the name of an Inner London district north of the Thames, as well as the London Borough the district is situated within. The district has a population of around 200,000 according to recent estimates, while the Borough is home to around 232,900 people based on mid-2016 estimates.

The modern district of Islington traces its history back to a sprawling Middlesex village on the Great North Road that was incorporated into London in 1889. The area suffered extensive bombing during World War II destroying much of Islington’s pre-war housing. As a result, modern Islington’s housing is mostly a mix of Georgian terraces and post-war council housing.

There are ten Underground stations in the London Borough of Islington, including Farringdon, Angel and Arsenal, as well as five Overground stations and six regular railway stations. Islington is home to a number of London’s most famous attractions, including perhaps most notably the Emirates Stadium, home of Arsenal Football Club. Other popular places include The Islington Museum, The Union Chapel, which is Grade I listed, as well as many more sights of interest.

The Borough contains two universities, the City University, founded in 1894, and the London Metropolitan University, which was formed in 2002 following collaboration between the University of North London and London Guildhall. The City and Islington College and the Westminster Kingsway College provide facilities for further education on top of the 47 primary schools and 10 secondary schools in the Borough.

Angel is an area within the London Borough of Islington approximately 2 miles north east of Charing Cross that is recognised in the London Plan as one of the major centres of London. The area is named after the former Angel Inn that once stood on the corner of Islington High Street and Pentonville Road.

The area has a strong retail sector with a good mix of shops, leisure and entertainment facilities, including the O2 Academy Islington. Angel Underground station is on the Northern Line while a busy intersection of the London Inner Ring Road also serves the area.

Archway is part of the London Borough of Islington around 4 miles north of Charing Cross. It is connected to the rest of the capital by the A1 and the Archway Underground station, with a large number of London buses also serving the area. Archway includes the parishes of Highgate and Upper Holloway.

Clerkenwell is an area of central and north London that is home to around 11,490 according to the 2011 census and is around 2 miles north east of Charing Cross. The sub-district of Finsbury is often considered to fall within Clerkenwell. Clerkenwell does not have its own Underground station, but Farringdon station, Angel, Barbican, Chancery Lane, Moorgate and Old Street all lie close to the edges of Clerkenwell.

Finsbury is a district in central London, in the southern part of the London Borough of Islington. Immediately north of the City of London, it is sometimes considered part of Clerkenwell, which lies to the south west of Finsbury. The nearest Underground stations are Angel and Barbican.

Finsbury Park is an area in the northern part of Inner London centred on the Finsbury Park station, which is a major rail, bus and Underground hub. The station and area are named after the large Finsbury Park public park nearby, which offers a mix of open ground, mature trees and arboretum and formal gardens. Arsenal’s Emirates Stadium is also nearby.

Highbury is a North London district around 4.5 miles north of Charing Cross, within the London Borough of Islington. The area has a population of 26,664 according to the 2011 census. Nearby Underground stations include Highbury & Islington, Arsenal, Canonbury, Drayton, Finsbury Park and Holloway Road.

Highgate is a suburb of north London on the edge of Hampstead Heath, around 4.5 miles north west of Charing Cross. The area had a population of 10,955 at the time of the 2011 census. Formerly a village outside of London, Highgate is now considered one of the most exclusive and expensive London suburbs. While parts of the Highgate are in the London Borough of Islington, it is also split between the Boroughs of Haringey and Camden. Highgate has its own Underground station and is also close to Archway and East Finchley.

Kings Cross is an inner city district in North London that is split between the London Boroughs of Islington and Camden. As the location of London Kings Cross railway station and St Pancras International station, Kings Cross is one of the busiest parts of the capital. The area has undergone major redevelopment in recent years, with further projects planned for the near future, including plans by Google to build a £1 billion ‘landscraper’ along the west side of Kings Cross station.

Newington Green is an area of primarily open space in North London divided between Islington and Hackney. The area is home to a large number of historic buildings, many of which are listed and the Green, having been largely disused for many years, is now popular with the local community being used for a variety of purposes.

Pentonville is an area on the northern edge of Central London around 2 miles north east of Charing Cross. A common misconception is that HM Prison Pentonville is located in Pentonville, when in fact it is some distance north, in Barnsbury. The nearest tube station to Pentonville is Angel.

St Luke’s is an area in central London within the London Borough of Islington. The area is well known for the regular Whitecross Street Market, which is one of London’s oldest markets still in existence, having been running for over 150 years. The modern market comprises a small general market and food market with around 50 food and drink stalls. Old Street Station is on the edge of St Luke’s and Hoxton.