Conveyancing solicitors in Newcastle Upon Tyne

If you are buying a detached house in Newcastle, selling a terraced house in Fenham, downsizing to a bungalow in Benwell, or buying to let in Denton, we can help you with your conveyancing.

Why should you use Bird and Co Solicitors for your conveyancing in Newcastle?

You will have a direct line straight through to your legal team, and direct email addresses. You can guarantee that your query will reach the right people, whether you want to ask about search fees in Newcastle, drainage and water fees in Tyne and Wear or something else.

We're a Conveyancing Quality Scheme accredited firm providing conveyancing to clients in Newcastle. This is a guarantee that our processes and procedures have been approved, that we operate to a certain standard, and is a mark of the excellence of our service approved by the Law Society, the body which represents solicitors throughout England and Wales.

We are on the panel for most major lenders, and many smaller ones too. Whether you want to use your local Building Society in Tyne and Wear or one of the larger corporates, chances are we have you covered.

Why don't you need a conveyancer based in Newcastle?

In the old days you used your local solicitor. You would visit their office in the centre of Newcastle, and all documents would be hand-produced and posted or delivered by hand.

That service came at a price, but the truth is that it is no longer needed. With modern technology such as scanning, emailing and even Skype or Facetime video calls there is no need to use your local solicitor. Your conveyancer can be based anywhere and still provide a great service - even if he or she is in an office many miles away from Newcastle or perhaps not even in Tyne and Wear.

There will be no need for you to visit our offices or hand deliver documents. You need never leave Newcastle - our conveyancers will talk you through the process via phone and email, and everything works just as smoothly as it would if we were just down the road. 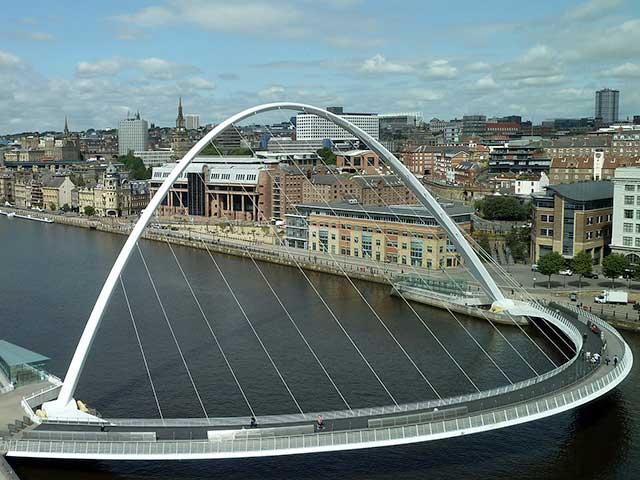 There isn't really any such thing as online conveyancing. Clients come to us for conveyancing in Newcastle, Fenham, Denton and all sorts of other places, having first found us via our website.

Every local authority is different. We use an excellent, trusted national search provider, which means we can provide searches to clients in Newcastleand all over the country, knowing that we will get a product we're happy with and which we know is properly insured and protects your interests.

Whether you're moving to Newcastle or away from Newcastle to somewhere else, our conveyancing team can help you do so with the minimum of fuss and inconvenience.

Fees for conveyancing in Newcastle

All our conveyancing fees are dependent on the nature and value of the transaction, so we naturally charge a bit more for more complicated and high value work. However, the fee charged will be the same for a customer in Newcastle as it would be for someone in London, or indeed in Newcastle.

Newcastle is one of the largest settlements in the county of Tyne and Wear, with a population of 289,835 and covering an area of 44 square miles. It is a relatively coastal city, being just 8.5 miles from the North Sea.

Newcastle's economy grew in the 14th century through its wool trade, but later became a substantial coal mining area. Its proximity to the sea meant that its shipbuilding industry developed significantly as well. Nowadays, its economy revolves around a number of industries, such as retail, tourism, digital technology, education as well as being a centre for many corporate headquarters. These industries contribute £13 billion towards the UK's GVA.

The former shipping premises have, in recent years, been replaced with many state of the art office developments, as well as an innovative tilting bridge and the The sage Gateshead Music Centre, which was designed by Norman Foster.

One of the most significant factors about the city is the University, which has over 22,000 students. Because of its significance, the city has developed in terms of retail and nightlife. Newcastle has been in the country's top ten night sports on more than one occasion, as well as having been in the top 10 on a world scale in the past also. In relation to this, the O2 Academy Newcastle was opened in 2005 and has become a prominent music venue within the city, frequently hosting many A-List music acts.

Visitors may also attend Newcastle to attend many of its sporting venues. Newcastle United Football Club has played at St James Park since 1892, and currently play in the premier league. The Newcastle Falcons Rugby union team are also the only team in the North East of England to have played in the Aviva Premierhsip. There is also a renown horse racing course at Gosforth Park.

In terms of transport, Newcastle is also home to Newcastle International Airport, which is situated just 6 miles from the city. It is the tenth largest and the fastest growing airport in thew UK, expecting to reach over 10 million passengers by 2016.

Newcastle railway station, also referred to as Newcastle Central, is an important stop on the East Coast Mainline and cross country route, and the Tyne and Wear Metro provides substantial suburban access around the area.