If you are buying a detached house in Cheshire, selling a terraced house in Chester, downsizing to a bungalow in Warrington, or buying to let in Crewe, we can help you with your conveyancing.

Why should you use Bird and Co Solicitors for your conveyancing in Cheshire?

You will have a direct line straight through to your legal team, and direct email addresses. You can guarantee that your query will reach the right people, whether you want to ask about search fees in Cheshire, drainage and water fees in Cheshire or something else.

We're a Conveyancing Quality Scheme accredited firm providing conveyancing to clients in Cheshire. This is a guarantee that our processes and procedures have been approved, that we operate to a certain standard, and is a mark of the excellence of our service approved by the Law Society, the body which represents solicitors throughout England and Wales.

We are on the panel for most major lenders, and many smaller ones too. Whether you want to use your local Building Society in Cheshire or one of the larger corporates, chances are we have you covered.

Why don't you need a conveyancer based in Cheshire?

In the old days you used your local solicitor. You would visit their office in the centre of Cheshire, and all documents would be hand-produced and posted or delivered by hand.

That service came at a price, but the truth is that it is no longer needed. With modern technology such as scanning, emailing and even Skype or Facetime video calls there is no need to use your local solicitor. Your conveyancer can be based anywhere and still provide a great service - even if he or she is in an office many miles away from Cheshire or perhaps not even in Cheshire.

There will be no need for you to visit our offices or hand deliver documents. You need never leave Cheshire - our conveyancers will talk you through the process via phone and email, and everything works just as smoothly as it would if we were just down the road.

Home values in Cheshire
Powered by Zoopla.co.uk
Cheshire house prices
Get this widget 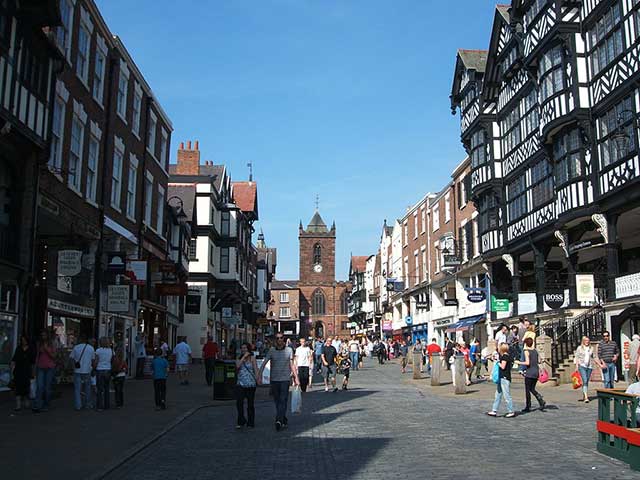 There isn't really any such thing as online conveyancing. Clients come to us for conveyancing in Cheshire, Chester, Crewe and all sorts of other places, having first found us via our website.

Every local authority is different. We use an excellent, trusted national search provider, which means we can provide searches to clients in Cheshireand all over the country, knowing that we will get a product we're happy with and which we know is properly insured and protects your interests.

Whether you're moving to Cheshire or away from Cheshire to somewhere else, our conveyancing team can help you do so with the minimum of fuss and inconvenience.

Fees for conveyancing in Cheshire

All our conveyancing fees are dependent on the nature and value of the transaction, so we naturally charge a bit more for more complicated and high value work. However, the fee charged will be the same for a customer in Newcastle as it would be for someone in London, or indeed in Cheshire.

Cheshire is a county in North West England, bordering Merseyside and Greater Manchester to the North, Derbyshire to the East, Staffordshire and Shropshire to the south and Wales to the West. As of mid-2014, the population of the county is 1,028,600, and much of this population can be found in the large towns of Chester, Warrington and Crewe, however there are also a number of other settlements which are also significant in their own right.

Cheshire West and Chester is a unitary authority district with borough status in Cheshire. As of 2014 it has a population of 332,210. It is a particuarly new area, being formed in 2009 after the 2009 structural changes to local governments in England.

As a council, the area maintains six Nature Reserves: Burton Mill Wood, Rivacre Valley, Stanney Wood and Whitby Park are all located in Ellesmere Port and Helsby Quarry and Marshall's Arm are both in Vale Royal.

Chester is the most notable location within the area, containing 120,662 of the area's population. It is a walled city and has been preserved exceptionally well; one of the most successfully maintained in the country. Substantial development was carried out during the industrial revolution, with the introduction of railways, canals and new roads. The town is also renown for what is called the 'Chester Rows'. They are effectively walkways latched onto the first floor of street buildings, allowing two storeys of Shops on regular street buildings. This, combined with the remarkable black and white architecture has allowed it to be a notable tourist destination. Much of this black and white architecture accommodates various pubs, bars and nightclubs.

Chester stands as the hub of the railway network in the Borough, with four million trips recorded every year, and hosts railway line ssuch as the North Wales Coast Line and the Chester Manchester Line.

Warrington is a large town in Cheshire, on the banks of the River Mersey, with a population of 206,428 as of mid 2014. It lies just 18.5 miles east of Liverpool, and 16 miles west of Manchester.

Due to its proximity to these large settlements, the town substantially thrived during the industrial revolution, becoming common manufacturers of steel, textiles, brewing and tanning. Due to this, the River Mersey's navigational routes were improved, canals were built and generally the town became a lot more popular and prosperous.

Nowadays, the economy revolves around a number of factors; IKEA opened one of their first British stores in the UK in Warrington in 1987, bringing more than 200 jobs to the area. There is also a large Unilever factory near the town which provides even more employment to the area. Despite being in the vicinity of the Larger settlements of the North West, Warrington still has one of the larger shopping centres in the area. Bridge Street is the most obvious shopping street in the town, however the Golden Square Shopping Centre, which opened in 1974, also provides decent shopping opportunities.

In terms of education, the town has two main railway stations, one being Bank Quay, which runs between London Euston and Glasgow Central on the West Coast Main Line, and Warrington Central which is on the Liverpool to Manchester Line. The town is also close to the M62, M6 and M56 motorways and lies halfway between the Liverpool and Manchester Airports.

There are many tourist attractions in the town as well. There is a concert hall, known as the Parr Hall, an arts centre called the Pyramid, and the Warrington Museum & Art Gallery. Tourists may also come to watch or play the towns most premier sport- Rugby League. Warrington Wolves play in Super League at their home ground, the Halliwell Jones Stadium, which has a capacity of 15,500.