If you are buying a detached house in West London, selling a terraced house in Hillingdon, downsizing to a bungalow in Hounslow, or buying to let in Hammersmith and Fulham, we can help you with your conveyancing.

Why should you use Bird and Co Solicitors for your conveyancing in West London?

You will have a direct line straight through to your legal team, and individual email addresses for the people working on your conveyancing. You can guarantee that your query will reach the right people, whether you want to ask about search fees in West London, drainage and water fees in Greater London or something else.

We're a Conveyancing Quality Scheme accredited firm providing conveyancing to clients in West London. This is a guarantee that our processes and procedures have been approved, that we operate to a certain standard, and is a mark of the excellence of our service approved by the Law Society, the body that represents solicitors throughout England and Wales.

Why don't you need a conveyancer based in West London?

In the old days you used your local solicitor. You would visit their office in the centre of West London, and all documents would be hand-produced and posted or delivered by hand.

That service came at a price, but the truth is, it is no longer needed. With modern technology such as scanning, emailing and even Skype or Facetime video calls, there is no need to use your local solicitor. Your conveyancer can be based anywhere and still provide a great service - even if he or she is in an office many miles away from West London and perhaps not even in Greater London.

We have successfully dealt with thousands of conveyancing transactions all over the country, even with clients from the other side of the world. It is not unknown for us to talk to clients outside the UK using Skype – once we even had clients in Thailand talking to us through an interpreter in New Zealand!

There will be no need for you to visit our offices or hand deliver documents. You need never leave West London - our conveyancers will talk you through the process via phone and email, and everything works just as smoothly as it would if we were just down the road.

Home values in W1
Powered by Zoopla.co.uk
W1 house prices
Get this widget 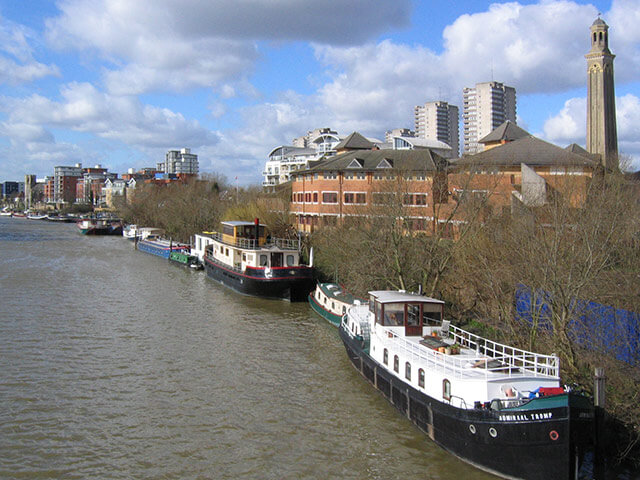 There isn't really any such thing as online conveyancing. Clients come to us for conveyancing in West London, Hillingdon, Hammersmith and Fulham and all sorts of other places, having first found us via our website.

Every local authority is different. We use an excellent, trusted national search provider, which means we can provide searches to clients in West London and all over the country, knowing that we will get a product we're happy with and which we know is properly insured and protects your interests.

Whether you're moving to West London or away from West London to somewhere else, our conveyancing team can help you do so with the minimum of fuss and inconvenience.

Fees for conveyancing in West London

All our conveyancing fees are dependent on the nature and value of the transaction, so we naturally charge a bit more for more complicated and high value work. However, the fee charged will be the same for a customer in Newcastle as it would be for someone in London, or indeed in West London.

West London is a sub region of Greater London consisting of the London Boroughs of Brent, Ealing, Hammersmith and Fulham, Harrow, Hillingdon, Hounslow and Richmond upon Thames.

Many of these boroughs are significant in their own right and all can be attractive places to live, depending on what you are looking for in a London home.

Located in North West London, Brent is a London borough that forms part of Outer London and is home to around 328,300 people. Areas within Brent include Kilburn, Kingsbury, Wembley, Wilesden and Harlseden. Brent is home to Wembley Stadium and Wembley Arena, making it a major leisure destination.

Brent has great transport links to the rest of London and beyond, with many London Underground and Overground train stations, including Wembley Central station and Wembley Park tube station. It also well connected by road, with regular buses.

There are a number of popular parks and open spaces in the borough, including Queen’s Park, Gladstone Park and One Tree Hill Park.

The London Borough of Ealing is the third largest London borough by population, being home to roughly 343,200 people in mid-2016. Districts within the borough include Acton, Ealing, Greenford, Montpelier, Northfields, Perivale, Southall and part of Park Royal. The borough is also home to two garden suburbs, Brentham Garden Suburb and Bedford Park.

Many Trans National Corporations have offices in the borough, notably in White City, where, in 1960, the BBC unveiled the new BBC Television Centre. However, Virgin Group, Sony and Coca-Cola all also have headquarters in the area. In 2008 the Westfield shopping centre was opened, offering many retail opportunities.

Hammersmith & Fulham is also significant due to a number of sports teams present in the area. Both Chelsea Football Club and Queens Park Rangers Football Club are located within the district and both play Premier League football. The area also hosts Fulham Football Club who currently plays in the Championship. The renowned Queen's Club is also situated within the borough, and hosts many events such as Real Tennis, The British Open and The ATCO Super Series Squash Finals.

Transport to other London areas is also easy due to the range of both London Overground and London Underground stations. Notable stations include Shepherd's Bush, Parsons Green and Fulham Broadway. In March 2011, 27% of all residents aged 16-74 used either The Underground, Metro, Light rail or Tram.

The London Borough of Harrow is located in north-west London, bordering Hertfordshire. It had an estimated population of 248,800 as of mid-2016. Harrow has a reputation as one of the more affluent parts of London, with areas such as Harrow-on-the-Hill being particularly desirable. However, there are also a number of more affordable areas within the borough, including Wealdstone and South Harrow.

One reason Harrow is particularly popular is that it provides easy access to central London by road and train, but is also sited on and near the greenbelt. It is therefore highly convenient for work and schools, while providing ample access to green spaces.

Harrow has many excellent schools, with the independent Harrow School being one of the best known. The borough also contains many well-regarded state schools and colleges, including Harrow College.

The London Borough of Hillingdon is the most westerly of the London boroughs, bordering Berkshire and Hertfordshire to the west. It has a population of 302,500 based on the latest estimated from mid-2016.

Hillingdon is well served with green spaces as much of the area is within the Metropolitan Green Belt. It is also one of the least densely populated London boroughs. The Colne Valley Regional Park is the most significant green space in the borough, while the Norman Leddy Memorial Gardens and Lake Farm Country Park are also popular leisure destinations.

Hillingdon is very well connected with the rest of London and beyond, with many Underground and Overground train stations. It is also the location of Heathrow Airport, connecting the borough with the rest of the world.

Hounslow, like many London boroughs, was formed through a merger of former urban districts in 1965, specifically Brentford and Chiswick, Feltham and Heston and Isleworth. It has a population of 271,100, as of mid-2016. It is a relatively large borough, covering about 21 square miles and is a fairly linear district, with one end stretching inwards towards Hammersmith, and the other end adjacent to the city's outskirts.

The town of Hounslow is the principal economic hub for the borough, complete with a large shopping centre adjoining its high street with many restaurants and cafes as well as an array of small businesses, many of which have links with Heathrow airport. Other parts of the borough are also of major economic importance with GlaxoSmithKline's headquarters and BritishSkyBroadcasting's studio complex both based in Brentford's Golden Mile, a stretch of land with a high concentration of industry.

The borough is supported by many forms of transport, including railway, river, road. Overground stations such as Gunnersbury, Chiswick, Hounslow and Feltham all offer rail services, and there are many Tube stations also, including Hounslow Central and West, Boston Manor and Gunnersbury. Despite this, the use of a car or van proved to be the most common form of travel in 2011, with 26.7% of the population claiming this as their first choice of travel.

Visitors may come to Hounslow for a number of reasons, one of which would be to watch Brentford Football Club, who currently play in the Championship.

The London Borough of Richmond upon Thames is located in south-west London and is known for being the only London borough that straddles the river Thames. It has a population of approximately 195,800 as of mid-2016.

The borough was found to have the best quality of life in London according to a survey carried out in 2006. Roughly half of the borough is made up of parkland, including Richmond Park, Kew Gardens, Bushy Park and Old Deer Park.

Richmond upon Thames is a popular tourist destination being home to many well-known attractions, including Kew Gardens, Hampton Court Palace and Twickenham Stadium.

The borough is well-connected with the rest of London by the London Underground and Overground services. It also has regular train services to the rest of the country, particularly to Reading, which is a common commuter destination.