If you are buying a detached house in Solihull, selling a terraced house in Shirley, downsizing to a bungalow in Sharman's Cross, or buying to let in Lode Heath , we can help you with your conveyancing.

Why should you use Bird and Co Solicitors for your conveyancing in Solihull?

You will have a direct line straight through to your legal team, and direct email addresses. You can guarantee that your query will reach the right people, whether you want to ask about search fees in Solihull, drainage and water fees in West Midlands or something else.

We're a Conveyancing Quality Scheme accredited firm providing conveyancing to clients in Solihull. This is a guarantee that our processes and procedures have been approved, that we operate to a certain standard, and is a mark of the excellence of our service approved by the Law Society, the body which represents solicitors throughout England and Wales.

Why don't you need a conveyancer based in Solihull?

In the old days you used your local solicitor. You would visit their office in the centre of Solihull, and all documents would be hand-produced and posted or delivered by hand.

That service came at a price, but the truth is that it is no longer needed. With modern technology such as scanning, emailing and even Skype or Facetime video calls there is no need to use your local solicitor. Your conveyancer can be based anywhere and still provide a great service - even if he or she is in an office many miles away from Solihull or perhaps not even in West Midlands.

There will be no need for you to visit our offices or hand deliver documents. You need never leave Solihull - our conveyancers will talk you through the process via phone and email, and everything works just as smoothly as it would if we were just down the road.

Home values in Solihull
Powered by Zoopla.co.uk
Solihull house prices
Get this widget 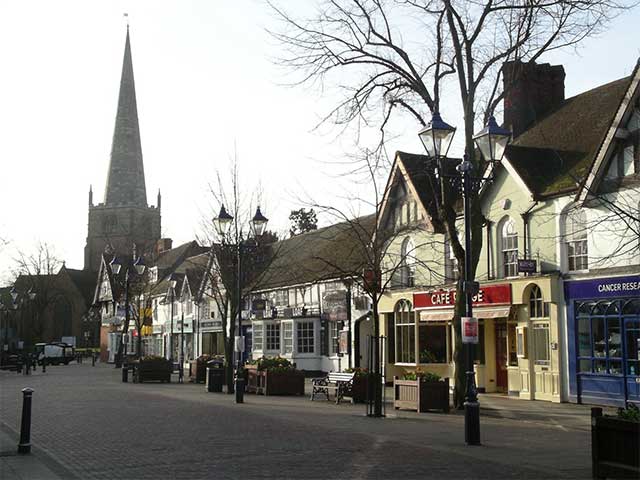 There isn't really any such thing as online conveyancing. Clients come to us for conveyancing in Solihull, Shirley, Lode Heath and all sorts of other places, having first found us via our website.

Every local authority is different. We use an excellent, trusted national search provider, which means we can provide searches to clients in Solihulland all over the country, knowing that we will get a product we're happy with and which we know is properly insured and protects your interests.

Whether you're moving to Solihull or away from Solihull to somewhere else, our conveyancing team can help you do so with the minimum of fuss and inconvenience.

Fees for conveyancing in Solihull

All our conveyancing fees are dependent on the nature and value of the transaction, so we naturally charge a bit more for more complicated and high value work. However, the fee charged will be the same for a customer in Newcastle as it would be for someone in London, or indeed in Solihull.

Solihull is a large town in the West Midlands, located just 8 miles southeast of the Birmingham city centre. It has a population of 206,700, according to the 2011 census. It is the administrative centre of the Metropolitan Borough of Solihull.

The town is noted as one of the most prosperous towns in the English Midlands, and for that reason, has been called as the ‘best place to live’ in the United Kingdom, by the uSwitch Quality of Life Index, in November 2013.

Aside from its prosperity, the town is widely renown for its historic architecture, including timber framed Tudor style houses and shops or the red sandstone at the parish church of St.Alphege, which is Grade I listed.

Unlike many West Midland areas, Solihull was largely unaffected by the Industrial Revolution, and remained a market town until the 20th century. However at the turn of the century it grew in numbers due to the development of the Rover car plant as well as the fact that large tracts of land were being released for residential development.

Nowadays the economy is largely retail based, with a variety of shopping facilities being offered. Mell Square is a 1960s style shopping centre, which was constructed after the demolition of an array of Victorian houses as well as the congregational church. On top of this, in 2002 the Queen officially opened another large shopping centre, known as Touchwood, which cost £110m to build, and accommodates over 100 stores and retailers.

Land Rover’s main production plant is located in Solihull, offering employment to over 10,000. Other employers in the past also include The Triumph Motorcycle plant which existed from 1942-1983.

The town has a number of parks and other nature reserves which are open to the public and often used by walkers. The largest of these is the Malvern and Brueton Park, which contains over 30 hectares of mixed grassland, woodland and marsh. Babbs Mill is the second largest park, with over 24 acres of mixed grassland, as well as lake and woodland habitats.

The town also has a public swimming pool within a brand new leisure complex, which was built after the demolition of the previous one in 2007.

Other points of interest include the Solihull Carnival, which takes place on the first Weekend after the June half term, and usually raises around £10,000 for charity each year.