Conveyancing solicitors in Nuneaton And Bedworth

Why should you use Bird and Co Solicitors for your conveyancing in Nuneaton and Bedworth?

You will have a direct line straight through to your legal team, and direct email addresses. You can guarantee that your query will reach the right people, whether you want to ask about search fees in Nuneaton and Bedworth, drainage and water fees in Warwickshire or something else.

We're a Conveyancing Quality Scheme accredited firm providing conveyancing to clients in Nuneaton and Bedworth. This is a guarantee that our processes and procedures have been approved, that we operate to a certain standard, and is a mark of the excellence of our service approved by the Law Society, the body which represents solicitors throughout England and Wales.

We are on the panel for most major lenders, and many smaller ones too. Whether you want to use your local Building Society in Warwickshire or one of the larger corporates, chances are we have you covered.

Why don't you need a conveyancer based in Nuneaton and Bedworth?

In the old days you used your local solicitor. You would visit their office in the centre of Nuneaton and Bedworth, and all documents would be hand-produced and posted or delivered by hand.

That service came at a price, but the truth is that it is no longer needed. With modern technology such as scanning, emailing and even Skype or Facetime video calls there is no need to use your local solicitor. Your conveyancer can be based anywhere and still provide a great service - even if he or she is in an office many miles away from Nuneaton and Bedworth or perhaps not even in Warwickshire.

There will be no need for you to visit our offices or hand deliver documents. You need never leave Nuneaton and Bedworth - our conveyancers will talk you through the process via phone and email, and everything works just as smoothly as it would if we were just down the road.

Home values in Nuneaton
Powered by Zoopla.co.uk
Nuneaton house prices
Get this widget 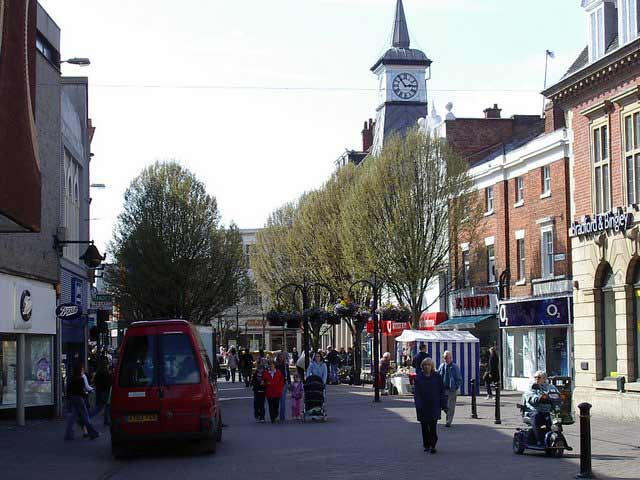 Online Conveyancing in Nuneaton and Bedworth

There isn't really any such thing as online conveyancing. Clients come to us for conveyancing in Nuneaton and Bedworth, Nuneaton, Bulkington and all sorts of other places, having first found us via our website.

Search Fees in Nuneaton and Bedworth

Every local authority is different. We use an excellent, trusted national search provider, which means we can provide searches to clients in Nuneaton and Bedworthand all over the country, knowing that we will get a product we're happy with and which we know is properly insured and protects your interests.

First, fill in our conveyancing quote form for conveyancing in Nuneaton and Bedworth. You can find the links at the top of this page.

Fees for conveyancing in Nuneaton and Bedworth

All our conveyancing fees are dependent on the nature and value of the transaction, so we naturally charge a bit more for more complicated and high value work. However, the fee charged will be the same for a customer in Newcastle as it would be for someone in London, or indeed in Nuneaton and Bedworth.

Introduction to Nuneaton and Bedworth

Nuneaton and Bedworth is a local government district with borough status in northern Warwickshire. As of mid 2014 it has a population of 126,174. The individual towns of Nuneaton and Bedworth make up a large majority of this population, with populations of 81,877 and 32,268 respectively. The administrative headquarters of the area is based in the Nuneaton, the largest town.

The district was formed on the 1st April 1974 through a merger of the municipal borough of Nuneaton and the urban district of Bedworth (which included Bulkington). Originally, the area was just known as Nuneaton, however residents of Bedworth pressurised the government into renaming it Nuneaton and Bedworth.

Being the largest town and home of the admin HQ, Nuneaton really acts as the commercial hub of the area. the town originally developed as a result of its textile and manufacturing industry, however these declined in the post war years, and the town has become prosperous in other ways. Electronics and distribution acts as the focal industries, however the automotive company MIRA Limited are based on a disused wartime airfield to the north of the town. Retail also plays a big role, and in 2005 the Ropewalk Shopping Centre was opened, which is home to about 30 stores and services. A smaller centre, Abbeygate, was built in the 1960s, and is located in the town centre, housing stores such as Argos and Peacocks.

Holland and Barrett also have their headquarters in the town.

In terms of transport, both Nuneaton and Bedworth provide good transport links. Both towns are classed as commuter towns for both Coventry and Birmingham, which is very possible through the good transport links. Nuneaton railway station has 7 stations, and provides frequent services to areas such as Tamworth, Crewe, Stafford, Leicester, Rugby, London Euston, Milton Keynes Central and Warrington Bank Quay.

Bedworth railway station provides similar services to areas such as Coventry and Nuneaton.

The area is also served by the M6, M42 and M69 motorways as well as the A5. The A47 also links the town with Hinckley and Leicester.