If you are buying a detached house in Salford, selling a terraced house in Weaste, downsizing to a bungalow in Pendleton, or buying to let in Seedley, we can help you with your conveyancing.

Why should you use Bird and Co Solicitors for your conveyancing in Salford?

You will have a direct line straight through to your legal team, and direct email addresses. You can guarantee that your query will reach the right people, whether you want to ask about search fees in Salford, drainage and water fees in Greater Manchester or something else.

We're a Conveyancing Quality Scheme accredited firm providing conveyancing to clients in Salford. This is a guarantee that our processes and procedures have been approved, that we operate to a certain standard, and is a mark of the excellence of our service approved by the Law Society, the body which represents solicitors throughout England and Wales.

Why don't you need a conveyancer based in Salford?

In the old days you used your local solicitor. You would visit their office in the centre of Salford, and all documents would be hand-produced and posted or delivered by hand.

That service came at a price, but the truth is that it is no longer needed. With modern technology such as scanning, emailing and even Skype or Facetime video calls there is no need to use your local solicitor. Your conveyancer can be based anywhere and still provide a great service - even if he or she is in an office many miles away from Salford or perhaps not even in Greater Manchester.

There will be no need for you to visit our offices or hand deliver documents. You need never leave Salford - our conveyancers will talk you through the process via phone and email, and everything works just as smoothly as it would if we were just down the road.

Home values in Salford
Powered by Zoopla.co.uk
Salford house prices
Get this widget 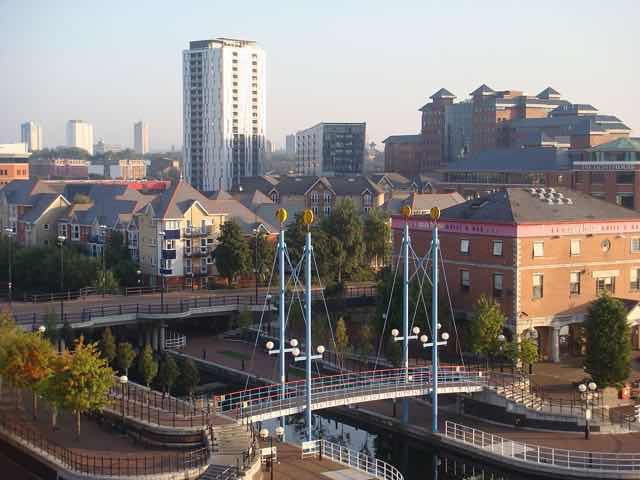 There isn't really any such thing as online conveyancing. Clients come to us for conveyancing in Salford, Weaste, Seedley and all sorts of other places, having first found us via our website.

Every local authority is different. We use an excellent, trusted national search provider, which means we can provide searches to clients in Salfordand all over the country, knowing that we will get a product we're happy with and which we know is properly insured and protects your interests.

Whether you're moving to Salford or away from Salford to somewhere else, our conveyancing team can help you do so with the minimum of fuss and inconvenience.

Fees for conveyancing in Salford

All our conveyancing fees are dependent on the nature and value of the transaction, so we naturally charge a bit more for more complicated and high value work. However, the fee charged will be the same for a customer in Newcastle as it would be for someone in London, or indeed in Salford.

Salford is a large metropolitan borough located in Greater Manchester, with a population of 242,040. Whilst the town carries the name of its largest settlement, the area spans a much vaster area, and hosts the towns of Swinton and Pendlebury, Eccles, Irlam and Walkden, each having a population of over 35,000 apart from Irlam of whose population is 18,000. The city also consists of the River Irwell, and this creates the boundary between itself and the City of Manchester. Wigan, Bolton and Bury are all close as well, lying further North.

During the Industrial Revolution, Salford's textile industry allowed it to grow sporadically in terms of population, but Manchester's continuing success restricted Salford in growing in a similar commercial way. This decline continued past World War two, however this decline has slowed since the early 1990s.

The ancient peat bog land of Chat Moss has allowed Salford to be a highly green city; with 55.7% of the City's area accounting for Greenspace. Kersal Moor is amongst the most notable of these areas, and has become a local nature reserve as well as a Site of Biological Importance.

There are a number of reasons as to why Salford may attract visitors. The City itself contains six Grade I listed buildings and 14 Grade II*. These both include landmarks such as Salford Cathedral and The Church of St Augustine. Visitors may also come to watch one of the three rugby league teams, such as The Salford Red Devils who play in the Engage Super League at the AJ Bell Stadium, which is also home to the Sale Sharks rugby union team. They have won the cup six times and won the Challenge Cup in 1938.

Salford also has a wide array of Schools and other education facilities, including the University of Salford, which has over 19,000 students, and in 2007 received 17,000 applicants for just 3,660 places, displaying impressive Student Satisfaction. The University is also currently receiving a £150m redevelopment scheme, which is to be invested in new facilities including a £10m law school.