If you are buying a detached house in Dorset, selling a terraced house in Poole, downsizing to a bungalow in Bournemouth, or buying to let in Dorchester, we can help you with your conveyancing.

Why should you use Bird and Co Solicitors for your conveyancing in Dorset?

You will have a direct line straight through to your legal team, and direct email addresses. You can guarantee that your query will reach the right people, whether you want to ask about search fees in Dorset, drainage and water fees in Dorset or something else.

We're a Conveyancing Quality Scheme accredited firm providing conveyancing to clients in Dorset. This is a guarantee that our processes and procedures have been approved, that we operate to a certain standard, and is a mark of the excellence of our service approved by the Law Society, the body which represents solicitors throughout England and Wales.

Why don't you need a conveyancer based in Dorset?

In the old days you used your local solicitor. You would visit their office in the centre of Dorset, and all documents would be hand-produced and posted or delivered by hand.

That service came at a price, but the truth is that it is no longer needed. With modern technology such as scanning, emailing and even Skype or Facetime video calls there is no need to use your local solicitor. Your conveyancer can be based anywhere and still provide a great service - even if he or she is in an office many miles away from Dorset or perhaps not even in Dorset.

There will be no need for you to visit our offices or hand deliver documents. You need never leave Dorset - our conveyancers will talk you through the process via phone and email, and everything works just as smoothly as it would if we were just down the road. 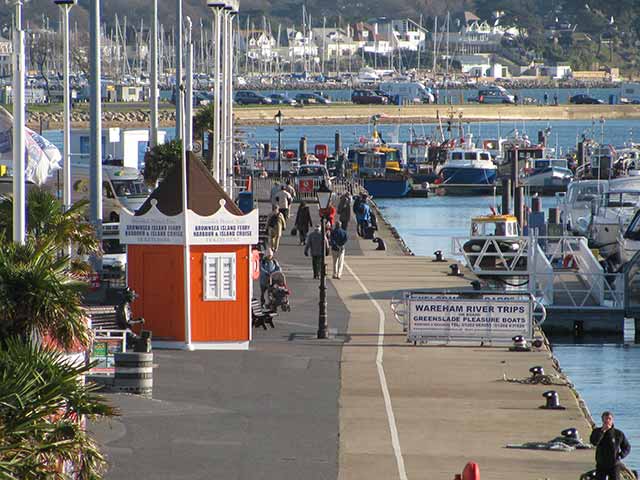 There isn't really any such thing as online conveyancing. Clients come to us for conveyancing in Dorset, Poole, Dorchester and all sorts of other places, having first found us via our website.

Every local authority is different. We use an excellent, trusted national search provider, which means we can provide searches to clients in Dorsetand all over the country, knowing that we will get a product we're happy with and which we know is properly insured and protects your interests.

Whether you're moving to Dorset or away from Dorset to somewhere else, our conveyancing team can help you do so with the minimum of fuss and inconvenience.

Fees for conveyancing in Dorset

All our conveyancing fees are dependent on the nature and value of the transaction, so we naturally charge a bit more for more complicated and high value work. However, the fee charged will be the same for a customer in Newcastle as it would be for someone in London, or indeed in Dorset.

Dorset is a county in the south west of England. It has a population of 745,400 as of mid-2014. Much of this can be found in the towns of Poole and Bournemouth, however there are also a number of other settlements which are significant in their own right. This includes Dorchester, the county town of Dorset.

Poole is a large coastal town and port in the county. It has a population of 147,645 as of mid 2014. Poole is within a short distance to many other large towns; Dorchester is just 21 miles to the west and Bournemouth adjoins the town to the east.

The town grew substantially during the Industrial Revolution, mainly due to its port and general coastal location. At the start of the 19th century, nine out of ten workers were employed in harbour-based occupations.

However, as the century progressed, many ships became too large for Poole's port, and the ports at Liverpool, Southampton and Plymouth became the business leaders. Various regeneration schemes have helped the town with tourism, although previously Bournemouth became the centre for the majority of visitors. Despite this downturn in Poole's tourism and harbour industries, it still sustained prosperity due to the fact that it manufactured a wide range of goods to which places such as Bournemouth became primary buyers.

Nowadays, Poole's economy revolves largely around the service sector. Depite this, Sunseeker, who are a global yacht-building business, still employ 1,800 people in the town and generate around £160m a year for the local economy, and in 2002, 17% of Poole's workforce were employed in the manufacturing industry.

Tourism is increasing in the area, and in recent years has contributed as much as £200m to the local economy per annum. There are many shops, bars and pubs which are suited to visitors, however the real attractions are landmarks such as the Harbour and the Quay, which is lined with touristic facilities and listed buildings. Studland Bay is also nearby, which boasts some incredibly popular beaches and other facilities for outdoor pursuiters. In summer, the beaches fill up with visitors extensively, and therefore this also aids the local economy. Poole is also home to Sandbanks; a natural spit going out to sea, which comprises of expensive housing. Sandbanks is often rated as having the fourth most expensive real estate in the world.

Poole has remarkable education records: out of a ranking of 148 local authorities in England, the town was ranked 18th, based on a percentage of pupils gaining at least five A*-C grades at GCSE. In the town, there are sixteen junior schools, seven combined schools, eight secondary schools, five special schools, two independent schools and one college for further education. Bournemouth University's Talbot Campus are also within the Poole Borough boundaries.

In terms of transport, the A350 road provides access to Bath and Bristol, and the A337 allows access to areas such as Lymington and the New Forest. The A35 trunk road runs from Devon to Southampton. On top of this, the new £34m Twin Sails Bridge provides access to Hamworthy.
There are also four railway stations in the town; all of which are on the South Western Main Line from London Waterloo to Weymouth. There are three trains an hour travelling to London from Poole Railway Station.

Bournemouth is a large coastal resort town on the South Coast of England with Poole to the West and Christchurch in the East. Bournemouth's location has made it a popular destination for tourists, attracting over five million visitors annually with its beaches and popular nightlife.

With seven miles of golden sands and sparkling sea, the vibrant cosmopolitan town of Bournemouth has it all – a vast variety of shops, restaurants and holiday accommodation, seafront hotels, quality B&Bs, a buzzing nightlife and endless countryside with beautiful award winning gardens and water sports galore.

Bournemouth, one of the happiest towns in Britain and the safest place to live in England and Wales in terms of crime. Some of the most affluent areas of the town can be found in neighbouring Boscombe and Winton – both characterised by a large number of semi detached and detached houses with three or four bedrooms. Elsewhere, Spring Bourne, Westbourne, South Bourne and Charminster are popular areas.

Bournemouth is one of the local authorities in England still to maintain selective education, with two grammar schools (one for boys, one for girls) and ten secondary modern/comprehensive schools. There are also a small number of independent schools in the town, and a further education college. Bournemouth has two universities: Bournemouth University and Arts University Bournemouth, both of which are located in neighbouring Poole.