If you are buying a detached house in Surrey, selling a terraced house in Guildford, downsizing to a bungalow in Woking, or buying to let in Cobham, we can help you with your conveyancing.

Why should you use Bird and Co Solicitors for your conveyancing in Surrey?

You will have a direct line straight through to your legal team, and direct email addresses. You can guarantee that your query will reach the right people, whether you want to ask about search fees in Surrey, drainage and water fees in Surrey or something else.

We're a Conveyancing Quality Scheme accredited firm providing conveyancing to clients in Surrey. This is a guarantee that our processes and procedures have been approved, that we operate to a certain standard, and is a mark of the excellence of our service approved by the Law Society, the body which represents solicitors throughout England and Wales.

Why don't you need a conveyancer based in Surrey?

In the old days you used your local solicitor. You would visit their office in the centre of Surrey, and all documents would be hand-produced and posted or delivered by hand.

That service came at a price, but the truth is that it is no longer needed. With modern technology such as scanning, emailing and even Skype or Facetime video calls there is no need to use your local solicitor. Your conveyancer can be based anywhere and still provide a great service - even if he or she is in an office many miles away from Surrey or perhaps not even in Surrey.

There will be no need for you to visit our offices or hand deliver documents. You need never leave Surrey - our conveyancers will talk you through the process via phone and email, and everything works just as smoothly as it would if we were just down the road.

Home values in Guildford
Powered by Zoopla.co.uk
Guildford house prices
Get this widget 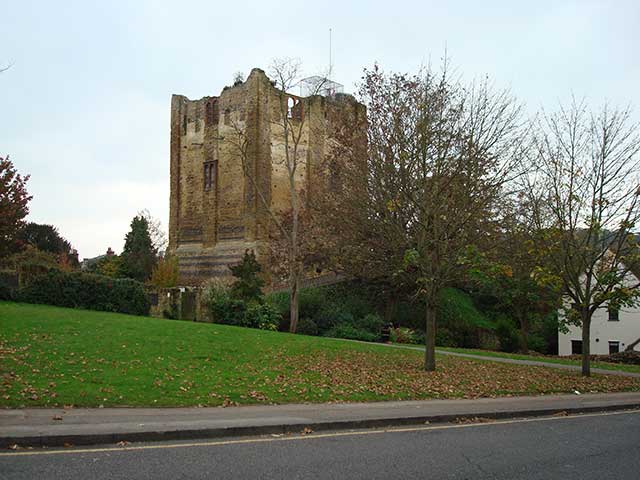 There isn't really any such thing as online conveyancing. Clients come to us for conveyancing in Surrey, Guildford, Cobham and all sorts of other places, having first found us via our website.

Every local authority is different. We use an excellent, trusted national search provider, which means we can provide searches to clients in Surreyand all over the country, knowing that we will get a product we're happy with and which we know is properly insured and protects your interests.

Whether you're moving to Surrey or away from Surrey to somewhere else, our conveyancing team can help you do so with the minimum of fuss and inconvenience.

Fees for conveyancing in Surrey

All our conveyancing fees are dependent on the nature and value of the transaction, so we naturally charge a bit more for more complicated and high value work. However, the fee charged will be the same for a customer in Newcastle as it would be for someone in London, or indeed in Surrey.

Surrey is a county in the south east of England, and one of the home counties bordering Greater London. As of mid-2014, the population of the district is 1,135,500, and much of this can be found in the large towns of Guildford, Woking and Redhill. There are also a number of other settlements, which are notable in their own right.

Guildford is the historic county town of Surrey, and has a population of 96,256. It is located just 27 miles southwest of Central London.

The town originally developed through its gunpowder industry, which was in existence throughout the Industrial Revolution, however nowadays Guildford is much more commercial. For instance, in 2011, the Financial Time's list of the Top 500 Global Companies contained five businesses which had major presence in the town. These were Phillips Electronics, Ericsson, Colgate, Allianz and Sanofi.

The town has also developed significantly in the video game industry, with companies such as Electronic Arts, Media Molecule, Lionhead Studios and Criterion Games also being present in the town.

The streets of Guildford are lined with many upmarket shops, such as Hugo Boss, Gant and Armani, and there is also a range of department stores, such as House of Fraser, as well as a shopping centre, called the Friary Centre. In 2004, an Eve Prime Retail Survey ranked Guildford as the most attractive and safe shopping destination in the UK.

The town's many historic buildings have allowed the town to be classed as one of the most remarkable in the UK, as well as being one of the most expensive places to buy property in the country outside of London.

Also located in the town are a number of cultural attractions, including a art gallery, a 17th century Grade I listed Town House, as well as a number of theatres. The principal theatre in the town is the Yvonne Arnaud Theatre which shows numerous productions after they have spent time in London's West End.

The largest park in the town, Stoke Park, hosts numerous events, the most notable being Guilfest music festival and the Surrey County Show.

In terms of transport, Guildford is situated at the beginning of the A31 and is bypassed by the A3, which links London and Portsmouth. The M25 can also be found at the north east of the town.

There are also two railway stations in the town. Guildford Railway Station is the principal station, offering trains to London Waterloo, as well as Portsmouth, Aldershot, Reading Gatwick Airport and Redhill. Once per day, there are also long distance routes to Newcastle, Oxford, Birmingham, Derby, Doncaster and York. The other station in the town, London Road, also provides services to similar locations.

Woking is a large town located in the west of Surrey. The town has a population of 62,796, whilst the wider borough of Woking has a population of nearly 100,000. Due to the town's proximity to London, it acts as an important commuter town, and is in fact situated on the London commuter belt. It is located just 23 miles southwest of Charing Cross.

Thousands of people commute to London every day, and for that reason Woking's economy is not incredibly localised. However, there are a few notable firms who have large scale presence in the area. These include McLaren Group, whose sub-branches include McLaren Racing, who are responsible for a range of Formula One racing cars and endorse drivers such as Jenson Button and Fernando Alonso, as well as McLaren Automotive, who build the McLaren F1 and the Mercedes-Benz SLR McLaren. During 2010 and 2011, the McLaren technology centre received a £50million extension.

Other employees often work in IT, FMCG and Engineering, and notable firms include Fidessa, Capgemini, Mouchel, Petrofac and John Wood.

Woking is also the home to a number of sports clubs and facilities. Woking Football Club is the main sports club in the town, and currently compete in the Conference National. There are also a further three football clubs in the borough- Knaphill F.C, Sheerwater F.C and Westfield F.C. There is also a hockey club and a number of cricket clubs.

Transport also plays a crucial role for the town, due to the reliance on facilities by commuters.

Woking railway station has 6 platforms, and provides a substantial 14 trains per hour to London Waterloo, as well as less frequent trains to areas such as Portsmouth, Basingstoke, Alton, Weymouth and Exeter.

Woking also has good access to London via the M25 London Orbital Motorway, as well as the M3 motorway and the A3.
There are also reliable bus and coach services, as well as the Basingstoke Canal, which passes through the town.