Why should you use Bird and Co Solicitors for your conveyancing in Gloucestershire?

We're a Conveyancing Quality Scheme accredited firm providing conveyancing to clients in Gloucestershire. This is a guarantee that our processes and procedures have been approved, that we operate to a certain standard, and is a mark of the excellence of our service approved by the Law Society, the body which represents solicitors throughout England and Wales.

We are on the panel for most major lenders, and many smaller ones too. Whether you want to use your local Building Society in Gloucestershire or one of the larger corporates, chances are we have you covered.

Why don't you need a conveyancer based in Gloucestershire?

In the old days you used your local solicitor. You would visit their office in the centre of Gloucestershire, and all documents would be hand-produced and posted or delivered by hand.

That service came at a price, but the truth is that it is no longer needed. With modern technology such as scanning, emailing and even Skype or Facetime video calls there is no need to use your local solicitor. Your conveyancer can be based anywhere and still provide a great service - even if he or she is in an office many miles away from Gloucestershire or perhaps not even in Gloucestershire.

There will be no need for you to visit our offices or hand deliver documents. You need never leave Gloucestershire - our conveyancers will talk you through the process via phone and email, and everything works just as smoothly as it would if we were just down the road. 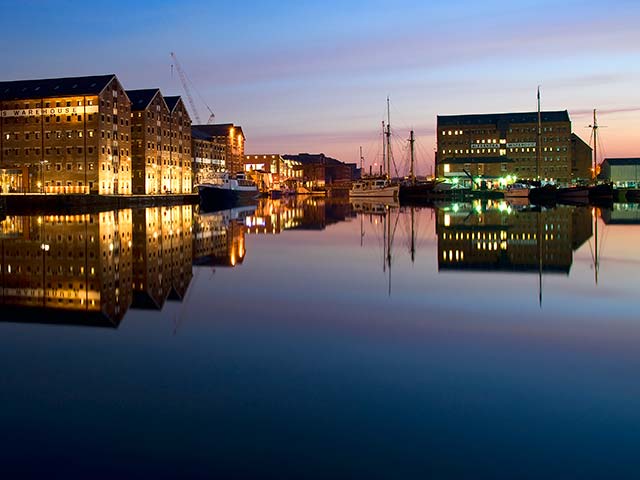 There isn't really any such thing as online conveyancing. Clients come to us for conveyancing in Gloucestershire, Gloucester, Tewkesbury and all sorts of other places, having first found us via our website.

Every local authority is different. We use an excellent, trusted national search provider, which means we can provide searches to clients in Gloucestershireand all over the country, knowing that we will get a product we're happy with and which we know is properly insured and protects your interests.

Whether you're moving to Gloucestershire or away from Gloucestershire to somewhere else, our conveyancing team can help you do so with the minimum of fuss and inconvenience.

Fees for conveyancing in Gloucestershire

All our conveyancing fees are dependent on the nature and value of the transaction, so we naturally charge a bit more for more complicated and high value work. However, the fee charged will be the same for a customer in Newcastle as it would be for someone in London, or indeed in Gloucestershire.

Gloucestershire is a county in the south west of England. It has a population of 861,700, as of mid-2014. Much of this population can be found in the towns of Cheltenham, Tewkesbury, Stroud, Cirencester and Gloucester, the latter being the county town. Furthermore, there are also a number of other notable settlements which are all significant in their own right.

Gloucester is a city and a district, as well as the county town of Gloucestershire, in the south west of England. It is approximately 32 miles from Bristol, and 45 miles from Birmingham. It has a population of 125,649, as of mid-2014.

Gloucester's industry has famously revolved around the aerospace business for many years. For instance, the turbojet engine that powered the first British jet aircraft was built in Gloucester. Nowadays, firms such as Messier-Dowty and GE Aviation are located in the city, and provide employment for many.
Aside from the aerospace industry, there are many other notable employers in the city at present, such as Cheltenham and Gloucester, a leading mortgage lender who are based in Barnwood, as is Ecclesiastical Insurance.

Attractions in the area include the cathedral, which was built in either 678 or 679. It is an incredibly popular attraction, and its cloisters have been used for filming on many occasions, such as in the Harry Potter film series. On top of this, there are a number of Medieval and Tudor buildings, which together survive the city's history.

Each year there is also numerous festivals which also reinstate Gloucester's history, such as the Three Choirs Festival, which dates back to the 18th century, and is therefore one of the oldest music festivals in the British Isles.

The city's Guildhall is the main theatre and cultural venue, and hosts a range of entertainment, including live music, a cinema, bars and cafes.

Many may also come to visit the city's sporting venues, such as Kingsholm Stadium. Kingsholm has a capacity of over 16,000, as is the home of Gloucester Rugby, who currently play in the Aviva Premiership. It also hosted fixtures during the 2015 Rugby World Cup.

On top of this there is a rugby league club, an american football club, a swimming club, cricket club and hockey club.

In terms of transport, the city is served by the M5 motorway, which is situated at the east of the city. The city is also connected to Tewkesbury and Bristol.
Gloucester railway station has frequent trains services to areas such as London, Reading, Bristol, Cardiff, Nottingham and Birmingham.

Cheltenham is a large spa town and borough, situated on the edge of the Cotswolds. As of mid-2014, the town has a population of 116,495.
Historically, Cheltenham became renown as a spa town, however in more recent times the town is well know for its racecourse. The Cheltenham Festival occurs annually in March, and attracts thousands of visitors, particularly Irish, as the festival coincides with St.Patrick's Day.

It is one of the largest National Hunt Meetings in the country, and its prize money is only second to the Grand National. This brief annual stint of tourism every year benefits the local economy massively, especially, hotels, bars and restaurants, and provides huge amounts of employment to the town's residents.

Industry elsewhere in the town revolves around light industry, including food processing, aerospace and electronics. One of the most notable employers however is at the Government Communications Headquarters, where 6,132 people work. The building is particularly renown for its 'doughnut' style structure. Other notable employers in the area include UCAS, Zurich Financial Services, GE-Aviation and the Chelsea Building Society. SuperGroup plc, owners of Superdry, have their headquarters in Cheltenham.

Cheltenham's culture and history is particularly rich. It is famous for its Regency architecture, and is often said to be 'the most complete regency town in England'. Consequently, the town maintains a huge number of listed buildings.

Other cultural attractions include the Cheltenham Art Gallery & Museum, which hosts a wide range of art exhibitions throughout the year. There are also two music festivals: the annual Cheltenham Music Festival and the Cheltenham Jazz Festival.

Aside from horse racing, Cheltenham is the home to a wide range of sporting venues and clubs. Cheltenham Town Football Club currently play in the Conference Premier, after being relegated from League Two in the 2014/15 season. Their home ground, Whaddon Road, has a capacity of 7,226. There are also a number of semi and non professional teams.

On top of this are a number of amateur rugby union teams and a semi-pro rugby league side.

In terms of transport, the town is particularly well connected. Cheltenham Spa railway station is situated on the Bristol-Birmingham main line, and provides services to areas such as Gloucester, Bristol, Swindon, London Paddington, Cardiff Central and Derby.

Cheltenham is also adjacent to the M5 motorway, which links the town with Bristol and Birmingham, and the A40 main road runs across the M5 through the town towards Oxford and London.