If you are buying a detached house in Melton Mowbray, selling a terraced house in Asfordby, downsizing to a bungalow in Waltham on the Wolds, or buying to let in Ab Kettleby, we can help you with your conveyancing.

Why should you use Bird and Co Solicitors for your conveyancing in Melton Mowbray?

You will have a direct line straight through to your legal team, and direct email addresses. You can guarantee that your query will reach the right people, whether you want to ask about search fees in Melton Mowbray, drainage and water fees in Leicestershire or something else.

We're a Conveyancing Quality Scheme accredited firm providing conveyancing to clients in Melton Mowbray. This is a guarantee that our processes and procedures have been approved, that we operate to a certain standard, and is a mark of the excellence of our service approved by the Law Society, the body which represents solicitors throughout England and Wales.

Why don't you need a conveyancer based in Melton Mowbray?

In the old days you used your local solicitor. You would visit their office in the centre of Melton Mowbray, and all documents would be hand-produced and posted or delivered by hand.

That service came at a price, but the truth is that it is no longer needed. With modern technology such as scanning, emailing and even Skype or Facetime video calls there is no need to use your local solicitor. Your conveyancer can be based anywhere and still provide a great service - even if he or she is in an office many miles away from Melton Mowbray or perhaps not even in Leicestershire.

There will be no need for you to visit our offices or hand deliver documents. You need never leave Melton Mowbray - our conveyancers will talk you through the process via phone and email, and everything works just as smoothly as it would if we were just down the road. 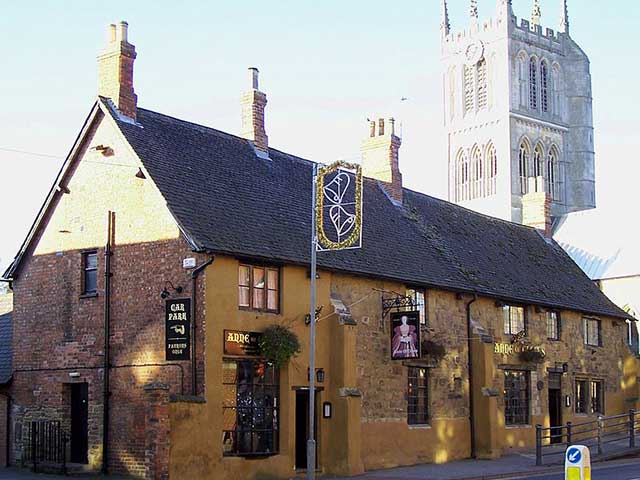 There isn't really any such thing as online conveyancing. Clients come to us for conveyancing in Melton Mowbray, Asfordby, Ab Kettleby and all sorts of other places, having first found us via our website.

Every local authority is different. We use an excellent, trusted national search provider, which means we can provide searches to clients in Melton Mowbrayand all over the country, knowing that we will get a product we're happy with and which we know is properly insured and protects your interests.

Whether you're moving to Melton Mowbray or away from Melton Mowbray to somewhere else, our conveyancing team can help you do so with the minimum of fuss and inconvenience.

Fees for conveyancing in Melton Mowbray

All our conveyancing fees are dependent on the nature and value of the transaction, so we naturally charge a bit more for more complicated and high value work. However, the fee charged will be the same for a customer in Newcastle as it would be for someone in London, or indeed in Melton Mowbray.

Melton Mowbray is an historical and traditional market town inLeicestershire, England. It is 14 miles NE of Leicester and 18 miles SE of Nottingham. The town lies along the course of both the River Eye and the River Wreake and currently has a population of 26,000.

Melton is also only 30 miles from Newark along the super-fast A46 and Melton Mowbray Conveyancing Solicitors Bird & Co Solicitors Conveyancing headquarters is therefore easily reached. At the Newark Office are several teams of dedicated property lawyers who can answer any query related to your transaction together with a dedicated support team who arena hand to assist you.

Promoted nationally as the "Rural Capital of Food", Melton is perhaps best known for being the home of the Melton Mowbray pork pie and one of the several homes of the blue Stilton cheese.

In the days of the Romans, with the nearby Fosse Way (now the A46 to Newark and beyond) and other important Roman roads adjacent, military centres were set up at Leicester and Lincoln. Othe nearby tracks linked Market Harborough to Belvoir, and linked the Fosse Way to Oakham and Stamford.

Chappie Ltd arrived in Melton in 1951, employing at it’s prime over two thousand people. It now employs around one thousand. It changed it’s name to Pedigree Petfoods in 1972 and to Masterfoods in January 2002.

The UPVC windows and door manufacturer TruFrame Trade Frames Ltd. relocated from Market Harborough to the Saxby Road Industrial Estate in Melton in December 1999. It was employing about 170 people in September 2013.

Melton is on the line train rom Birmingham to Stansted Airport via Leicester, Peterborough and Cambridge. Trains run hourly in either direction. The service is supplemented with additional trains in the peak on route to/from Nottingham, Norwich and Sleaford.

The East Coast Main line is at nearby Newark on Trent, only 30 miles away along the A46 dual carriageway. Newark is home to the Conveyancing Head Office of Conveyancing Solicitors Bird & Co Solicitors LLP and offers super fast links to London Kings Cross on the main line. London can be reached in about an hour.

The majority of bus services in Melton Mowbray are provided by Centrebus. Services link Melton Mowbray with Leicester, Nottingham, Oakham and other regional centres, as well as many of the surrounding villages.