If you are buying a detached house in Repton, selling a terraced house in Swadlincote, downsizing to a bungalow in Hilton, or buying to let in Egginton, we can help you with your conveyancing.

We offer a friendly, modern and efficient service. If you want to deal with expert lawyers who are friendly and approachable, our team can help you.

You will have a direct line straight through to your legal team, including direct email addresses. You can guarantee that your query will reach the right people, whether you want to ask about search fees, drainage and water fees or anything else to do with buying and selling property in South Derbyshire.

We're a Conveyancing Quality Scheme accredited firm providing conveyancing to clients in South Derbyshire. This is a guarantee that our processes and procedures have been accredited to the highest standards and acts as a mark of the excellence of our service, approved by the Law Society, the body that represents solicitors throughout England and Wales.

In short, you get an excellent conveyancing service at an affordable price. You don't have the risk of going to the cheapest providers, most of whom aren't solicitors. Instead you get a great service from highly skilled and reliable conveyancing lawyers.

Why you don't need a conveyancer based in South Derbyshire

In the old days, people generally just used their local solicitor for conveyancing. They would visit their solicitor’s office in the centre of the nearest town or city, and all documents would be hand-produced and posted or delivered by hand.

That service came at a price though and the truth is, it is no longer needed. With modern technology such as scanning, emailing and even Skype or Facetime video calls there is no need to use your local solicitor. Your conveyancer can be based anywhere and still provide a great service - even if he or she is in an office many miles away in a different part of Derbyshire or elsewhere in the country.

We have successfully dealt with thousands of conveyancing transactions all over the country, even with clients from the other side of the world. It is not unknown for us to talk to clients outside the UK using Skype – once we even had clients in Thailand talking to us through an interpreter in New Zealand!

There will be no need for you to visit our offices or hand deliver documents. You need never leave South Derbyshire – instead our conveyancers will talk you through the process via phone and email and everything works just as smoothly as it would if we were just down the road.

Home values in Swadlincote
Powered by Zoopla.co.uk
Swadlincote house prices
Get this widget 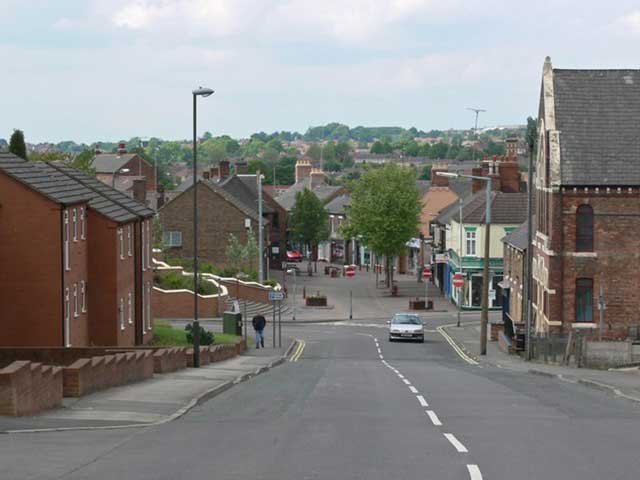 There isn't really any such thing as online conveyancing. Clients come to us for conveyancing in South Derbyshire, including Swadlincote, Egginton and all sorts of other places, having first found us via our website.

Every local authority is different. We use an excellent, trusted national search provider, which means we can provide searches to clients in South Derbyshire and all over the country, knowing that we will get a product we're happy with and which we know is properly insured and protects your interests.

Fees for conveyancing in South Derbyshire

Our fees are transparent and, so long as the situation does not change (for example so long as your property doesn't turn out to be leasehold when we thought it was freehold), the fee we quote is the fee you will be charged.

All our conveyancing fees are dependent on the nature and value of the transaction, so we naturally charge a bit more for more complicated and high value work. However, the fee charged will be the same for a customer in Newcastle as it would be for someone in London, or indeed in South Derbyshire.

South Derbyshire is one of nine local government districts in Derbyshire and is located immediately south of the city of Derby. The district has a population of approximately 100,300 based on estimates from mid-2016.

The district was formed on the 1st April 1974 as a merger of the Swadlincote urban district, along with the Repton Rural District and part of the South East Derbyshire Rural District. The districts council offices are located in the area’s largest settlement, Swadlincote.

Swadlincote is one of only two towns in South Derbyshire, the other being Melbourne. There are also a number of large villages in the district, including Hilton, Church Gresley, Hartshorne, Etwall, Repton and Hatton. South Derbyshire is also home to a significant portion of the new National Forest.

Swadlincote is a town in the southern part of South Derbyshire, near to the border with Leicestershire and Staffordshire, 12.5 miles south of Derby. It is the largest settlement in South Derbyshire and the district’s administrative centre. The town has a population of approximately 36,000, including the surrounding areas of Newhall, Midway, Church Gresley and Woodville.

Historically the town’s economy was based on the coal industry as well as brickworks and potteries, thanks to significant deposits of coal and good quality clay in the area. Since the local Rawdon Colliery closed in 1993, the town’s economy has been mainly dependent on light manufacturing and the service industry.

Swadlincote town centre is home to a number of chains stores, while Hepworth Retail Park is a fairly recent development with a restaurant, cinema and a variety of shops. The town has a number of parks, including Maurice Lea at Church Gresley, as well as a leisure centre, a large dry ski slope and the ‘50s American Diner, the UK’s largest American diner. The town also has a museum, the Sharpe’s Pottery Centre, commemorating Swadlincote’s heritage as a centre of the pottery industry.

The newly created Swadlincote Woodlands Forest Park has transformed a former landfill and open cast site over the last 20 years, with the planting of 33 hectares of woodland. The park offers publically accessible woodland, open spaces, picnic spots, play areas, nature areas and ponds, plus many attractive viewing points. The park is criss-crossed by a network of footpaths, offering many walking routes through the area. There is also an orienteering course and opportunities for rock climbing.

Swadlincote is located near to the junction of the A514 and A511, giving good connections to Derby, Ashby-de-la-Zouch and Burton-upon-Trent. The nearest railway station is found 4 miles away at Burton-upon-Trent. From there, passengers can get to Derby in just over 10 minutes, Birmingham New Street in around half an hour and London Euston in around 2 hours by changing at Tamworth. Swadlincote is also on National Cycle Network Route 63, giving links to surrounding villages and the National Forest.

Melborune is a market town in South Derbyshire, 8 miles south of Derby and close to the border with Leicestershire. It had a population of 4,843 at the time of the 2011 census. The city of Melbourne in Australia is indirectly named after the town because the city took its name from William Lamb, 2nd Viscount Melbourne, whose title referred to the South Derbyshire town.

Notable local sites include the remains of Melbourne Castle, Melbourne Hall and the parish church, which dates from 1120. Every year in September, Melbourne hosts its own arts festival, Melbourne Festival. Melbourne is also known as the birthplace of Thomas Cook, who founded the travel agency Thomas Cook & Son and was one of the first people to popularise the idea of mass tourism in the UK.

In 2013, Melbourne was named as one of the best towns in Britain to live in by The Times.

Hilton is now primarily a commuter village for people who work at the nearby Toyota and Rolls-Royce factories, or those working in Derby, Nottingham and the West Midlands, all of which are in easy travelling distance.

Church Gresley is a village in South Derbyshire, which is now a ward of Swadlincote, with which it is contiguous. Church Gresley had a population of 6,881 at the time of the 2011 census.

The village was the site of the Mason pottery, which was a well-known English pottery. TG Green & Co Ltd was formerly based in the village and created the world-famous Cornishware brand of striped kitchenware.

Hartshorne is a village in South Derbyshire with a population of 3,888 at the time of the 2011 census. The town is located just to the north of Swadlincote. Hartshorne has several local pubs, including the Admiral Rodney, The Mill Wheel (which features an 18th century mill wheel that is 20 feet in diameter), the Bulls Head and The Greyhound.

Etwall is a village in South Derbyshire, southwest of Derby, with a population of 2,906 at the time of the 2011 census. The village is relatively affluent with a number of amenities, including a post office, library, two village shops, a pharmacy, dental practice and vets practice. It is also home to two historic pubs, a restaurant, leisure centre, cricket club and large village hall.

The village is notable for being well connected to the national cycle network, with three routes (54, 549 and 68) all meeting in the village.

Repton is a village in South Derbyshire with a population of 2,867 at the time of the 2011 census. The village is located 4.5 miles north of Swadlincote, close to the border with Staffordshire and around 4.5 miles northeast of Burton upon Trent.

The village is particularly well known as the home of Repton School, a co-educational independent school which dates back to 1557. Famous former pupils include the author Roald Dahl, journalist and broadcaster Jeremy Clarkson, cricketer, politician and writer C.B. Fry, comedian Graeme Garden and the actor Basil Rathbone.

Repton is also noted for St Wystan’s Church, Repton Abbey and Repton Priory. The history of St Wystan’s Church goes back over a thousand years, with its crypt dating from the 8th century. At least two kings of the former English kingdom of Mercia are buried in the crypt.

Hatton is a village in South Derbyshire on the border with Staffordshire around 12.5 miles west of Derby and 25 miles east of Stoke-on-Trent. At the time of the 2011 census, the population of Hatton was 2,785.

Around 8 million trees have been planted since the project began, increasing the area’s tree cover from around 6% up to roughly 18%. The forest has a visitor centre, wildlife walks and playgrounds, making it ideal for families and people of all ages.