If you are buying a detached house in Northampton, selling a terraced house in Kettering, downsizing to a bungalow in Daventry, or buying to let in Corby, we can help you with your conveyancing.

We offer a friendly, modern and efficient service. If you want to deal with highly experienced lawyers who are friendly and approachable, our team can help you.

You will have a direct line straight through to your legal team, including direct email addresses. You can guarantee that your query will reach the right people, whether you want to ask about search fees, drainage and water fees or anything else related to buying or selling property in Northamptonshire.

We're a Conveyancing Quality Scheme accredited firm providing conveyancing to clients in Northamptonshire. This acts as a guarantee that our processes and procedures have been assessed to the most rigorous standards, approved by the Law Society, the body representing solicitors throughout England and Wales.

In short, you get an excellent conveyancing service at an affordable price. You don't have the risk of going to the cheapest providers, most of whom aren't solicitors. Instead you get a great service you can trust from highly experienced conveyancing lawyers.

Why you don’t need a conveyancer based in Northamptonshire

In the past most people would simply use their local solicitor for their conveyancing. You would visit their office in the centre of your nearest town or city and all documents would be hand-produced and posted or delivered by hand.

That service came at a price, however, and the truth is that it is no longer needed. With modern technology such as scanning, emailing and even Skype or Facetime video calls, there is no need to use your local solicitor. Your conveyancer can be based anywhere and still provide a great service - even if he or she is in an office many miles away in a different part of Northamptonshire or another part of the country.

There will be no need for you to visit our offices or hand deliver documents. You need never leave your home - our conveyancers will talk you through the process via phone and email, and everything works just as smoothly as it would if we were just down the road. 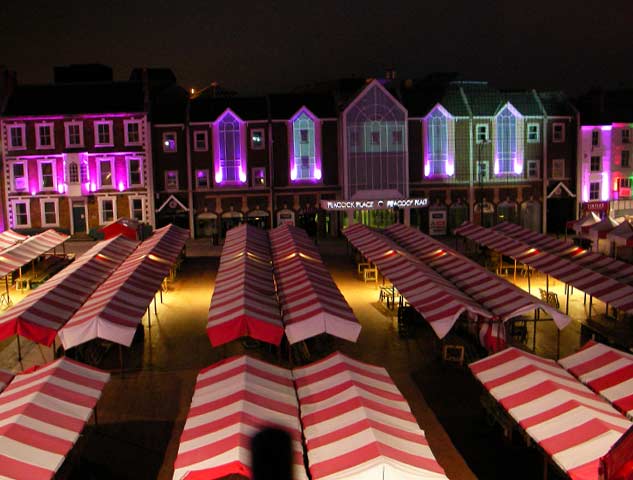 There isn't really any such thing as online conveyancing. Clients come to us for conveyancing in Northamptonshire, including Northampton, Corby and all sorts of other places, having first found us via our website.

Every local authority is different. We use an excellent, trusted national search provider, which means we can provide searches to clients in Northamptonshire and all over the country, knowing that we will get a product we're happy with and which we know is properly insured and protects your interests.

Fees for conveyancing in Northamptonshire

Our fees are transparent and, so long as the situation does not change (for example so long as your property doesn't turn out to be leasehold when we thought it was freehold), the fee we quote is the fee you will be charged.

All our conveyancing fees are dependent on the nature and value of the transaction, so we naturally charge a bit more for more complicated and high value work. However, the fee charged will be the same for a customer in Newcastle as it would be for someone in London, or indeed in Northamptonshire.

Major population centres in Northamptonshire include the county town of Northampton, as well as Kettering, Corby, Wellingborough, Rushden and Daventry.

Northampton is the county town of Northamptonshire, located in the south of the county. It is one of the UK’s largest towns with a population of around 225,500 as of mid-2016.

The town lies on the River Nene, about 67 miles northwest of London, and 50 miles southeast of Birmingham, with good connections by rail and road to both. The cities of Coventry, Leicester and Peterborough are also all nearby.

Northampton is renowned for its shoe industry which allowed it to thrive, especially throughout the 20th century. However, only few companies such as Crockett & Jones and Church's have survived to the present day. The remainder of the factories and other shoe making destinations have been converted into offices or accommodation. Nowadays Northampton's economy revolves around numerous private sector employers, focusing on distribution and finance rather than manufacturing. Barclaycard and Nationwide are some of the most notable employers.

Despite this, some of the more historic economy still exists today. Northampton's market square is one of Britain's oldest and largest, and is connected to Abington Street, one of Northampton's primary shopping areas.

There are two shopping centres in central Northampton – the Grosvenor Centre and Market Walk. There are also a few shopping centres further away from the town centres, such as St James Retail Park, The Weston Favell Shopping Centre and the Riverside Retail Park. Visitors may also attend the Billing Aquadrome Leisure Park which contains a caravan site, marina, funfair, bar and a riverside restaurant.

The town is home to the Northampton Saints Premiership Rugby Union team, who play at Franklin's Gardens and Northamptonshire County Cricket Club is one of the 18 major county cricket clubs in England and Wales. However, perhaps the most notable sporting venue in the area is the Silverstone Circuit, which is home to the British Grand Prix.

Northampton has good transport connections with the rest of Northamptonshire and the wider UK. It is situated near the M1, connecting the town to London. Northampton Railway Station is on the Northampton Loop of the West Coast Main Line and provides connections to London Euston train station, and also to Birmingham New Street station and Crewe.

Kettering’s economy was originally built on the boot and shoe industry, although it is now largely reliant on the service and distribution sectors. Kettering’s strength in these areas is partly due to its central location and good transport links to the rest of the UK.

The town is linked to the A45, M1 and M6 by the A14, which runs near to the west and south of Kettering. Kettering train station has regular trains to London St Pancras International Station, with journey times typically taking just under an hour. The town also has good rail links to Leicester, Nottingham, Derby and Sheffield and is located within two hours drive of East Midlands Airport, Birmingham Airport as well as London Heathrow, London Luton and London Stansted airports.

Corby is a large town and borough in northern Northamptonshire, on the border with Rutland, 23 miles northeast of Northampton. As of mid-2016, the population of the town is 68,200 and figures from 2010 suggest Corby has the fastest growing population in England.

Much of this growth is due to the town's strong economy. In the early 20th century the town developed through the introduction of steelworks, which became some of the most prominent in the country. However, in the latter half of the 20th century the works declined, and nowadays the economy is centred elsewhere. There are large service and retails sectors in the town and notable employers in the area include Weetabix Ltd, Fairline Boats and RS Components.

Corby’s town centre has undergone a large amount of regeneration in recent years. One of the most major developments is the Corby Cube, which was opened in 2010 and cost £47.5m. It contains a council chamber for the Corby Borough Council, a Registry Office, a public library, a 450 seat theatre and a 100 seat studio theatre.

The town is also home to a number of cultural attractions, which include Rockingham Speedway, and also Steel Park, which is home to Corby Town F.C and has a capacity of just under 4,000. There are also rugby clubs and cricket clubs, and the town is also home to the Corby East Midlands International Swimming Pool.

Corby is connected to a number of major roads, such as the A43, the A427 and the A6003, while the A14 is just six miles away in Kettering. There are also a number of reliable bus services connecting the town to Peterborough, Oundle, Kettering, Northampton and many smaller towns and villages.

Corby also has a railway station, which can take you to London St Pancras International in just over an hour, as well as services to Kettering, Derby, Melton Mowbray and Oakham. You can also get to Northampton by changing at Bedford and again at Bletchley, and to Birmingham New Street by changing at Kettering and then again at Leicester.

The town has good rail connections, being on the Midland Main Line, with journeys to London St Pancras International typically taking less than an hour. The A45 runs near to the edge of Wellingborough, linking the town to the A14 and the M1, as well as Northampton, Peterborough and various nearby towns.

Rushden is a town in the district of East Northamptonshire, on the border with Bedfordshire. The town had a population of 29,272 at the time of the 2011 census.

Since late 2010, Rushden has been undergoing a regeneration project, aiming to make the town centre more spacious and better for shopping. Plans include improvements to the high street, which began in early 2011, and involve the creation of a town square.

A new £140 million out of town leisure and shopping centre, Rushden Lakes, opened in July 2017.

Daventry is a market town in western Northamptonshire with a population of 25,026 at the time of the 2011 census. The larger Daventry district had a recorded population of 77,843.

The town has good road connections to the rest of the country, being near to the M1. It also has good local connections with the rest of Northamptonshire, as well as to nearby towns such as Rugby, Banbury and Leamington Spa.

Do you need to use a local conveyancing firm when buying a house?