If you are buying a detached house in Broxtowe, selling a terraced house in Beeston, downsizing to a bungalow in Eastwood, or buying to let in Kimberley , we can help you with your conveyancing.

Why should you use Bird and Co Solicitors for your conveyancing in Broxtowe?

You will have a direct line straight through to your legal team, and direct email addresses. You can guarantee that your query will reach the right people, whether you want to ask about search fees in Broxtowe, drainage and water fees in Derbyshire or something else.

We're a Conveyancing Quality Scheme accredited firm providing conveyancing to clients in Broxtowe. This is a guarantee that our processes and procedures have been approved, that we operate to a certain standard, and is a mark of the excellence of our service approved by the Law Society, the body which represents solicitors throughout England and Wales.

Why don't you need a conveyancer based in Broxtowe?

In the old days you used your local solicitor. You would visit their office in the centre of Broxtowe, and all documents would be hand-produced and posted or delivered by hand.

That service came at a price, but the truth is that it is no longer needed. With modern technology such as scanning, emailing and even Skype or Facetime video calls there is no need to use your local solicitor. Your conveyancer can be based anywhere and still provide a great service - even if he or she is in an office many miles away from Broxtowe or perhaps not even in Derbyshire.

There will be no need for you to visit our offices or hand deliver documents. You need never leave Broxtowe - our conveyancers will talk you through the process via phone and email, and everything works just as smoothly as it would if we were just down the road. 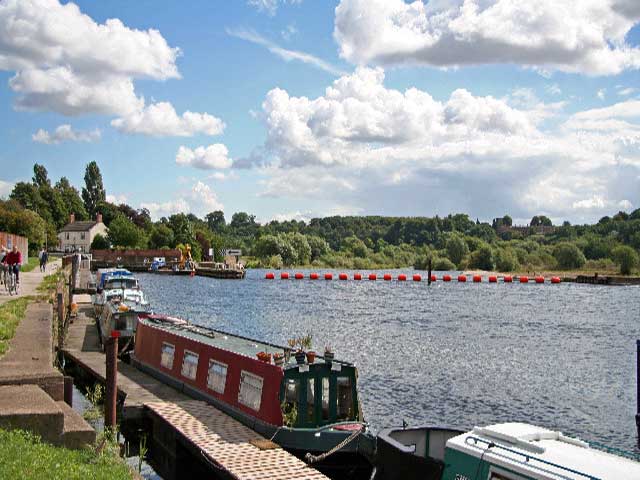 There isn't really any such thing as online conveyancing. Clients come to us for conveyancing in Broxtowe, Beeston, Kimberley and all sorts of other places, having first found us via our website.

Every local authority is different. We use an excellent, trusted national search provider, which means we can provide searches to clients in Broxtoweand all over the country, knowing that we will get a product we're happy with and which we know is properly insured and protects your interests.

Whether you're moving to Broxtowe or away from Broxtowe to somewhere else, our conveyancing team can help you do so with the minimum of fuss and inconvenience.

Fees for conveyancing in Broxtowe

All our conveyancing fees are dependent on the nature and value of the transaction, so we naturally charge a bit more for more complicated and high value work. However, the fee charged will be the same for a customer in Newcastle as it would be for someone in London, or indeed in Broxtowe.

Broxtowe is a local government district and borough in Nottinghamshire, in the East Midlands. As of mid-2014, the population of the district is 111,780, and the majority of this population is found in the towns of Beeston, Eastwood and Kimberley, which have populations of 37,010, 18,612 and 6,849 respectively. Beeston is also home to the district's administrative HQ.

Like many British government districts, Broxtowe was formed on the 1st April 1974 through a merger of the Beeston and Stapleford urban district, the Eastwood urban district and part of the Basford Rural District.

The larger towns, such as Beeston and Eastwood, also acts as the district's economic hub. For instance, Beeston is home to a number of national and international companies that have set up world HQ or regional HQ in the area. There are around 470 companies based in the town, with the most notable being Boots, Changan, Imperial Tobacco and Chinook Sciences.

Eastwood, one of the other large towns, formerly provided significant aid to the local economy through its mining industry. However, like much of the country's coal industry, this declined, and in more recent years, retail has become a strong base in the town, and there have many significant developments over the last few years. One of these is the Giltbrook retail park, which is a £70m shopping complex just outside the town. It provides a significant amount of employment, with many shops such as BHS, Mamas & Papas and Frankie & Benny's being present, however the park is mainly dominated by IKEA, who have a large store there with around 2,300 parking spaces.

The district also has a significant amount of sports team and facilities, such as golf courses, football clubs and cricket clubs. Beeston Hockey Club is also very well known, and are an England Hockey Premier League team. In Eastwood, there is a cricket club, a pool team and a basketball club.

In terms of transport, the area is well served and has many good facilities. For instance, Beeston's railway station provides very good access for commuters to Nottingham, as there are 4 trains per hour from each direction. Other services travel to the likes of Loughborough, Leicester, Kettering, Birmingham and Lincoln.

There is no station at Eastwood, and the nearest station from there is at Langley Mill, which has connections to Nottingham, Sheffield and Manchester.
Road links in the area include the M1, which is very close to Eastwood and is accessed via junctions 26 and 27. In Beeston the main road is the A52 and the A6005, however again, the M1 can be accessed via junction 25.