If you are buying a detached house in Milton Keynes, selling a terraced house in Oakgrove, downsizing to a bungalow in Great Holm, or buying to let in Bradwell Abbey, we can help you with your conveyancing.

Why should you use Bird and Co Solicitors for your conveyancing in Milton Keynes?

You will have a direct line straight through to your legal team, and direct email addresses. You can guarantee that your query will reach the right people, whether you want to ask about search fees in Milton Keynes, drainage and water fees in Buckinghamshire or something else.

We're a Conveyancing Quality Scheme accredited firm providing conveyancing to clients in Milton Keynes. This is a guarantee that our processes and procedures have been approved, that we operate to a certain standard, and is a mark of the excellence of our service approved by the Law Society, the body which represents solicitors throughout England and Wales.

We are on the panel for most major lenders, and many smaller ones too. Whether you want to use your local Building Society in Buckinghamshire or one of the larger corporates, chances are we have you covered.

Why don't you need a conveyancer based in Milton Keynes?

In the old days you used your local solicitor. You would visit their office in the centre of Milton Keynes, and all documents would be hand-produced and posted or delivered by hand.

That service came at a price, but the truth is that it is no longer needed. With modern technology such as scanning, emailing and even Skype or Facetime video calls there is no need to use your local solicitor. Your conveyancer can be based anywhere and still provide a great service - even if he or she is in an office many miles away from Milton Keynes or perhaps not even in Buckinghamshire.

There will be no need for you to visit our offices or hand deliver documents. You need never leave Milton Keynes - our conveyancers will talk you through the process via phone and email, and everything works just as smoothly as it would if we were just down the road. 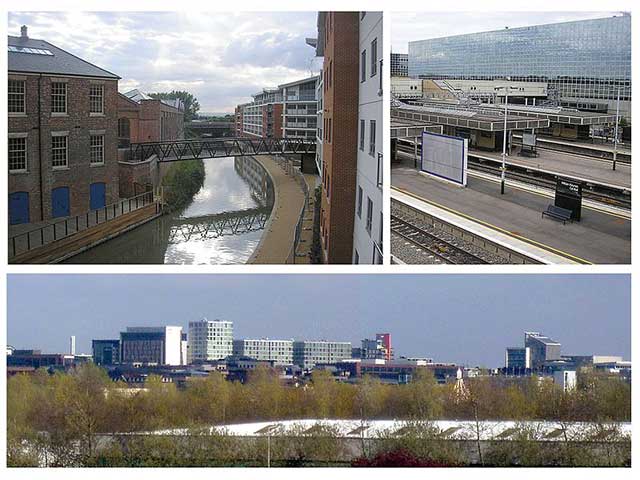 There isn't really any such thing as online conveyancing. Clients come to us for conveyancing in Milton Keynes, Oakgrove, Bradwell Abbey and all sorts of other places, having first found us via our website.

Every local authority is different. We use an excellent, trusted national search provider, which means we can provide searches to clients in Milton Keynesand all over the country, knowing that we will get a product we're happy with and which we know is properly insured and protects your interests.

Whether you're moving to Milton Keynes or away from Milton Keynes to somewhere else, our conveyancing team can help you do so with the minimum of fuss and inconvenience.

Fees for conveyancing in Milton Keynes

All our conveyancing fees are dependent on the nature and value of the transaction, so we naturally charge a bit more for more complicated and high value work. However, the fee charged will be the same for a customer in Newcastle as it would be for someone in London, or indeed in Milton Keynes.

Milton Keynes is a town in Buckinghamshire, with a population of around 229,941, as of 2011. It is located around 45 miles North West of London.

From the 1950s onwards, overspill housing for many London Boroughs had been erected in Bletchley, due to rapid population growth. In the 1960s, North Buckinghamshire was identified as a possible site for a large new town or city to relieve housing congestion in London and, so, Milton Keynes was founded in 1967. It was to have a target population of 250,000 and, in 2004, that target was to be doubled by 2026, as planned by John Prescott MP.

Milton Keynes's transport services are also notable for a unique road network.  Milton Keynes is located between two major North South roads being the M1 and the A5. Visitors from the North East are likely to enter the town by exiting the M1 at Junction 14 and head along Portway, or visitors from South East may exit the M1 at Junction 13 and head along Standing Way (A421). Milton Keynes road network is a unique grid system which organises the town into blocks and districts and allows segregation between higher speed roads and pedestrian and leisure traffic.

The town has direct rail connections to Birmingham Airport and Luton Airport with Cranfield Airport being only 7.7 miles away and a quick 21-minute drive via the H5/Portway/A509. The town also has five railway stations; Milton Keynes Central which offers services to London, and the smaller stations of Fenny Stratford, Bow Brickhill, Wolverton and Woburn Sands provide more local services.

Milton Keynes is also progressively becoming a business centre, hosting the UK headquarters for many firms including Argos, Domino's Pizza, Mercedes-Benz and Volkswagen. As a result of this, in January 2015, Milton Keynes had seen the highest growth in jobs out of the biggest 64 towns and cities in the UK during the preceding decade. Between 2004 and 2013, Milton Keynes number of jobs increased by 18.2%.

Milton Keynes shopping and entertainment district is centered around the Malborough Gate area and includes The Centre shopping at Witan Gate and thecentre:mk, an indoor shopping centre for high street shops and food. Entertainment opportunities include Milton Keynes Theatre, which is a large modern 1400-seat venue for drama; cinema chain Cineworld Cinema Milton Keynes; The Casino MK and Hollywood Bowl Milton Keynes. Nearby pub and restaurant chains include, Harvester Milton Keynes, Taipan, KFC, Five Guys, Subway, ASK Italian, Wagamama, and Coal Grill & Bar. There is also a Nuffield Health Fitness & Wellbeing Gym close by. Other leisure and sporting activities include, iFLY Indoor Skydiving Centre, Xscape and Snozone, which is an indoor ski slope that offers snowboarding and ski lessons, as well as parties for groups and children’s programmes. Milton Keynes is, also, home to Planet Ice Arena, a 2,800-seater ice arena, which is open to the public for leisure or shows but is also the home of Milton Keynes Lightning, an elite Ice Hockey team. The team was formed in 2002 and have since won the EPIHL League 3 times and the EPIHL Cup in 2017. Planet Ice is located on Elder Gate, at the top of Avebury Boulevard, and is only a three-minute walk from the train station.

The Town's sport mainly revolves around Football, Ice Hockey and Formula One. The MK Dons Football team play in League One. The MK Dons were formed in 2004 following the controversial relocation of Wimbledon FC moving 56 miles North of their traditional home in South London. The move did lead the disaffected supporters to form a new club, AFC Wimbledon, which has succeeded in multiple promotions, culminating in the fact that they now play in the same league and enjoy an unprecedented rivalry with MK Dons in League One. MK Dons play at Stadium MK, just off the Redmoor Roundabout off the A5, at Denbigh, Bletchley just a few miles south of Milton Keynes, the stadium has a capacity of 30,000 and has excellent local facilities including a hotel, shopping and leisure complex and cinema.

The other successful sports team in the area is the Red Bull Racing team, who are based at Tilbrook just South of Milton Keynes near Caldecotte Lake. The Formula One Team drivers Daniel Riccardo and Max Verstappen are often seen visiting the factory headquarters.

There are plenty of open and green spaces within close proximity to Milton Keynes for outdoor pursuits, walks, camping and picnics in the summer. These include 200-acre Emberton Country Park, located next to the Great Ouse River, which boasts five lakes within its parkland. Then there is Campbell Park, Willen Lakeside Park, South Loughton Valley Park and Ouzel Valley Park. Just south of Milton Keynes town centre, and near to Furzton Lake and Park, is where The National Bowl Milton Keynes's is located. Just 3.2 miles and a 9 minute drive from Milton Keynes centre along Child’s Way is Gullivers Land Resort, which is a children’s theme park situated in Newlands and first opened in 1999. Today, it has themed areas including the Splash Zone, NERF Zone, The SFEAR and Dinosaur and Farm Park. Adventurers Village is set within the resort and provides themed accommodation and holiday packages.

About 5 miles southeast of Milton Keynes town centre is the village and civil parish of Woburn. Woburn boasts a long and fascinating history which makes it a tourist attraction in its own right.  Recorded in the Domesday Book on 1086, it is best known for its stately home Woburn Abbey.  Also, in nearby Woburn Sands, there is an Iron Age hill fort called the Danesborough Camp which dates back to around 500BC. In addition, the area has a wide array of sports and leisure facilities of its own including Centre Parcs Woburn Forest, Woburn Safari Park, and great walking and cycle routes to explore across the Greensand Ridge Walk and the Greensand Cycle Way. For golfing enthusiasts there are The Millbrook Golf Club and Woburn Golf Club which has been host ten times to the Women’s British Open since 1984.

Considering that Milton Keynes was only founded in 1967 there is quite an impressive list of people associated with the town, including, Clare Nasir (meteorologist and weather presenter), Sam Tomkins (professional rugby league player) who was born in Milton Keynes and most famously Alan Turing who lived in Shenley Brook End and worked at Bletchley Park. Turing worked at the Government Code and Cypher School at Bletchley Park during the Second World War as a mathematician and cryptanalyst and, it is widely acknowledged that his invention, the Turing Machine was a key catalyst in the creation of modern computers.