If you are buying a detached house in Wolverhampton, selling a terraced house in Newbridge, downsizing to a bungalow in Moseley, or buying to let in Heath Town, we can help you with your conveyancing.

Why should you use Bird and Co Solicitors for your conveyancing in Wolverhampton?

You will have a direct line straight through to your legal team, and direct email addresses. You can guarantee that your query will reach the right people, whether you want to ask about search fees in Wolverhampton, drainage and water fees in West Midlands or something else.

We're a Conveyancing Quality Scheme accredited firm providing conveyancing to clients in Wolverhampton. This is a guarantee that our processes and procedures have been approved, that we operate to a certain standard, and is a mark of the excellence of our service approved by the Law Society, the body which represents solicitors throughout England and Wales.

Why don't you need a conveyancer based in Wolverhampton?

In the old days you used your local solicitor. You would visit their office in the centre of Wolverhampton, and all documents would be hand-produced and posted or delivered by hand.

That service came at a price, but the truth is that it is no longer needed. With modern technology such as scanning, emailing and even Skype or Facetime video calls there is no need to use your local solicitor. Your conveyancer can be based anywhere and still provide a great service - even if he or she is in an office many miles away from Wolverhampton or perhaps not even in West Midlands.

There will be no need for you to visit our offices or hand deliver documents. You need never leave Wolverhampton - our conveyancers will talk you through the process via phone and email, and everything works just as smoothly as it would if we were just down the road.

Home values in Wolverhampton
Powered by Zoopla.co.uk
Wolverhampton house prices
Get this widget 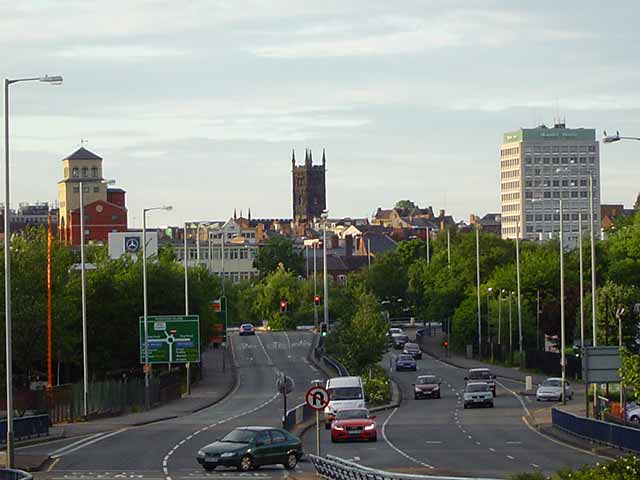 There isn't really any such thing as online conveyancing. Clients come to us for conveyancing in Wolverhampton, Newbridge, Heath Town and all sorts of other places, having first found us via our website.

Every local authority is different. We use an excellent, trusted national search provider, which means we can provide searches to clients in Wolverhamptonand all over the country, knowing that we will get a product we're happy with and which we know is properly insured and protects your interests.

Whether you're moving to Wolverhampton or away from Wolverhampton to somewhere else, our conveyancing team can help you do so with the minimum of fuss and inconvenience.

Fees for conveyancing in Wolverhampton

All our conveyancing fees are dependent on the nature and value of the transaction, so we naturally charge a bit more for more complicated and high value work. However, the fee charged will be the same for a customer in Newcastle as it would be for someone in London, or indeed in Wolverhampton.

There are some aspects of our conveyancing fees which we can't change. Fees charged by other bodies such as HM Land Registry, or by HMRC for Stamp Duty Land Tax (SDLT) are out of our control

Wolverhampton is a city located in the West Midlands with a population of 249,470, according to the 2011 census.
The town grew originally as a result of its market trade, however during the Industrial Revolution the city became an industrial centre, especially through its coal, limestone and iron ore mining as well as its steel production. On top of this was its motor works, including the vehicle to break the land speed record, at over 200mph.

Nowadays Wolverhampton's industry revolves around engineering, especially including its aerospace industry, as well as a large proportion in the service sector. 32.8% of the total employed population currently work in public administration, education and health, whilst 21.1% work in distribution, hotels and restaurants, and 12.7% work in finance and IT.

In terms of individual employers, Wolverhampton City Council is the largest, employing over 12,000 staff. Aside from this, other substantial employers include Jaguar Land Rover, Chubb Locks, Tarmac, Marston's brewery and the University of Wolverhampton.

Retail is also making a significant comeback to the city, with numerous regeneration plans having gone underway. The most notable of these is the Summer Row project, however due to the 2008 recession the development has been postponed. Despite this, many of the companies originally set to be a part of Summer Row, such as Debenhams, have carried out independent completion of individual stores.

Other revenue also comes from the city's cultural attractions. Molineux Stadium, the home of Wolverhampton Wanderers Football Club, has a capacity of over 30,000 and can therefore accommodate many visitors. When it is not being used as a football ground it can be used as a venue for other events, such as in 2003 when it accommodated a Bon Jovi concert.

The Grand Theatre on Lichfield Street is the largest theatre in the city, and was first opened in 1894. It has a capacity of just over 1,200, and has been visited by the likes of David Lloyd George, Charlie Chaplin and Sean Connery.

Wolverhampton's vicinity also hosts one of the country's few living museums, the Black Country Living Museum, which consists of an array of artefacts and exhibitions displaying the history of the Black Country.

Wolverhampton railway station, which is located on the West Coast Main Line, provides connections to numerous stations around the country. There is an hourly service to London Euston, via Birmingham New Street, as well as an hourly service to Scotland (either Glasgow or Edinburgh). More frequent services include Birmingham New Street, Liverpool Lime Street, Shrewsbury, Manchester and Holyhead.

On top of this there is a state of the art metro service connecting Wolverhampton to areas such as West Bromwich and Birmingham Show Hill.