Why should you use Bird and Co Solicitors for your conveyancing in Cambridgeshire?

We're a Conveyancing Quality Scheme accredited firm providing conveyancing to clients in Cambridgeshire. This is a guarantee that our processes and procedures have been approved, that we operate to a certain standard, and is a mark of the excellence of our service approved by the Law Society, the body which represents solicitors throughout England and Wales.

We are on the panel for most major lenders, and many smaller ones too. Whether you want to use your local Building Society in Cambridgeshire or one of the larger corporates, chances are we have you covered.

Why don't you need a conveyancer based in Cambridgeshire?

In the old days you used your local solicitor. You would visit their office in the centre of Cambridgeshire, and all documents would be hand-produced and posted or delivered by hand.

That service came at a price, but the truth is that it is no longer needed. With modern technology such as scanning, emailing and even Skype or Facetime video calls there is no need to use your local solicitor. Your conveyancer can be based anywhere and still provide a great service - even if he or she is in an office many miles away from Cambridgeshire or perhaps not even in Cambridgeshire.

There will be no need for you to visit our offices or hand deliver documents. You need never leave Cambridgeshire - our conveyancers will talk you through the process via phone and email, and everything works just as smoothly as it would if we were just down the road.

Home values in Cambridge
Powered by Zoopla.co.uk
Cambridge house prices
Get this widget 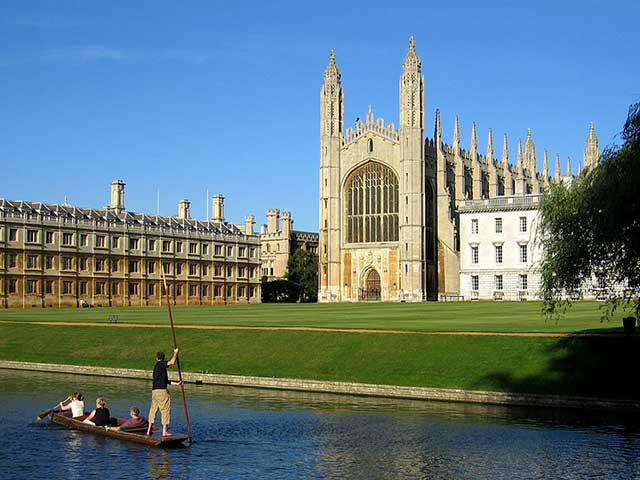 There isn't really any such thing as online conveyancing. Clients come to us for conveyancing in Cambridgeshire, Cambridge, Ely and all sorts of other places, having first found us via our website.

Every local authority is different. We use an excellent, trusted national search provider, which means we can provide searches to clients in Cambridgeshireand all over the country, knowing that we will get a product we're happy with and which we know is properly insured and protects your interests.

Whether you're moving to Cambridgeshire or away from Cambridgeshire to somewhere else, our conveyancing team can help you do so with the minimum of fuss and inconvenience.

Fees for conveyancing in Cambridgeshire

All our conveyancing fees are dependent on the nature and value of the transaction, so we naturally charge a bit more for more complicated and high value work. However, the fee charged will be the same for a customer in Newcastle as it would be for someone in London, or indeed in Cambridgeshire.

Cambridgeshire is a county in East Anglia , bordering Lincolnshire to the north, Norfolk to the north east, Suffolk to the east, etc. The county has a population of around 806,700, as of mid 2014, and much of this can be found in the larger areas of Cambridge and Peterborough, however there are also a number of other settlements which are significant in their own right.

Sport can also be noted as a big part of Cantabrigian culture. Cambridge United Football Club play in League two, the Cambridge Rugby Union team play in National Division one and Cambridge County Cricket Club play in the minor counties league. However the most notable of Cantabrigian culture is watersports. Rowing has become increasingly popular due to both the increasing population as well as the geographical location of the River Cam. Tourists can participate in Punting, a boating activity in which users propel their boat by pushing a Quant Pole along the river bed.

Peterborough is a cathedral city and is also a unitary authority area in the East of England, with a population estimated to be 200,000 in mid–2015.

Present-day Peterborough is the latest in a series of settlements which have traditionally benefited from its site where the Nene leaves large areas of permanently drained land for the fens. Remains of Bronze Age settlement and what is thought to be religious activity can be seen at the Flag Fen archaeological site to the east of the city centre. The Romans established a fortified garrison town at Durobrivae on Ermine Street, five miles (8 km) to the west in Water Newton, around the middle of the 1st century AD.

Although traditionally part of Northamptonshire, for ceremonial purposes it falls within the county of Cambridgeshire. Peterborough is situated 76 miles (123 km) north of London and looks over the River Nene.

The station is a strategic stop on the East Coast Main Line between London and the North and travel into London from Peterborough Station takes well under an hour on the electrified East Coast Main Line. The unitary authority borders Northamptonshire and Rutland to the west, Lincolnshire to the north, and non-metropolitan Cambridgeshire to the south and east.

Designated a "New Town" in 1967, Peterborough Development Corporation was formed in partnership with the city and county councils to house London's overspill population in new townships sited around the existing urban area. There were to be four townships, one each at Bretton (originally to be called Milton, a hamlet in the Middle Ages), Orton, Paston/ Werrington and Castor. The last of these was never built, but a fourth, called Hampton, is now emerging in the south of the city.

The fabulous shopping centre Queensgate, containing over 80 stores and including parking for 2,200 cars opened in 1982.

Peterborough's population grew by over 45% between 1970 and 1992. New companies like Thomas Cook and Pearl Assurance located to the city, ending the dominance of the manufacturing.

Peterborough is a principal stop on the East Coast Main Line, 45–50 minutes journey time from central London, with high-speed intercity services from King's Cross to Edinburgh Waverley operated by the Virgin Trains East Coast at around a 20-minute frequency, and slower commuter services terminating at Peterborough. It is a major railway junction where a number of cross-country routes converge. East Midlands Trains operate the Peterborough to Lincoln Line and a route from Norwich to Liverpool Lime Street via the main line north of Peterborough, CrossCountry operate the Birmingham to Peterborough Line through to Cambridge and Stansted Airport while Abellio Greater Anglia operate the Ely to Peterborough Line with a service to Ipswich.